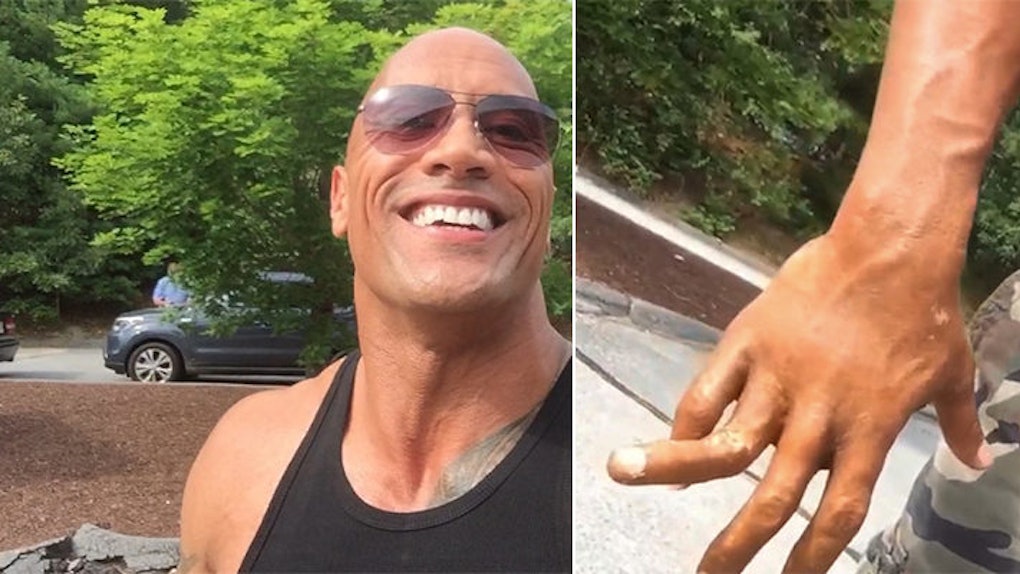 Yesterday, The Rock shocked America when he showed off his nasty-ass broken finger on Instagram.

According to Variety, a rep from New Line -- the production studio behind his new film, "Central Intelligence" -- confirmed The Rock was wearing a prosthetic finger in the video.

We've seen some f*cked up fingers in the past from former pro athletes, so it was very believable to think The Rock's was real.

Still, nothing is as bad as Michael Strahan's broken finger. That sh*t was too nasty, bruh.