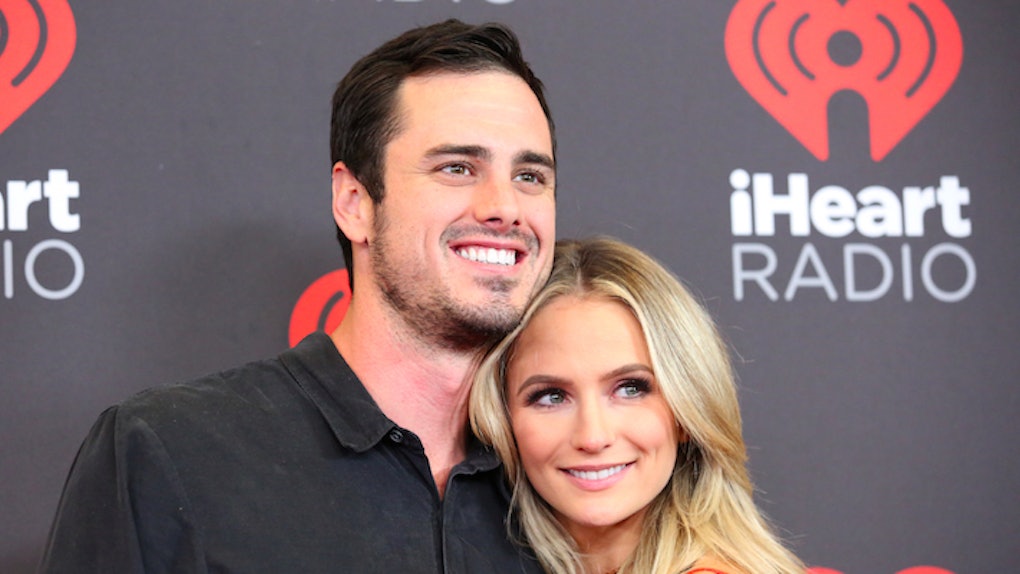 Ben And Lauren From 'The Bachelor' Will Have A TV Wedding

Personally, I can't think of anything more romantic than tying the knot in front of loved ones, a few friends and 10 million viewers. It's just the right level of intimacy, you know?

I think we can all agree that we'll never be as in love with your significant as Ben Higgins and Lauren Bushnell are with each other.

If you're cursing the high heavens over the fact that you don't know the couple and won't be able to scream "BEN I LOVE YOU" during the "speak now or forever hold your peace" portion of their ceremony, fear not!

There's a good chance that "The Bachelor" star and his fiancée are going to get married on TV.

Ben recently opened up saying that he wants to have their wedding televised by "hopefully next year."

In an interview with ET's Lauren Zima, Ben said,

I think it's a cool opportunity. We've invited everybody into our life up to this point, why not let them continue?... When it comes to the wedding, if that's an opportunity or possibility, it's a really great one for us. It would almost be stupid not to. And you're going to have cameras at your wedding anyway. There's going to be people following you around no matter what, so why not add a whole production crew?

Yeah, maybe the boom operator could be your best man?

Personally, I don't think it's stupid to have your wedding be private. I know paparazzi will be at my wedding someday, but I will only enjoy that a little bit.

I think Lauren and I would love to see that happen, and I think it would be really fun. It would be a nice culmination to everything. November will be a year since we got engaged, so it's not this super quick time frame.

Yeah, November should give you nice ratings... uh, I mean a nice turnout.

Of course, when it comes to the wedding, Lauren said that their plans are only "thoughts" right now and that despite the fact that their whirlwind romance will be documented in the series "Ben & Lauren: Happily Ever After?" the two are still figuring out that "ever after" part,

We don't know what our happily ever after looks like.

Well, we'll certainly see how this love story plays out on "Ben & Lauren: Happily Ever After?" The show premieres  on October 11 on the Freeform channel.

Citations: EXCLUSIVE: Ben Higgins and Lauren Bushnell Dish on Possible TV Wedding: 'It Would Almost Be Stupid Not To' (ET)