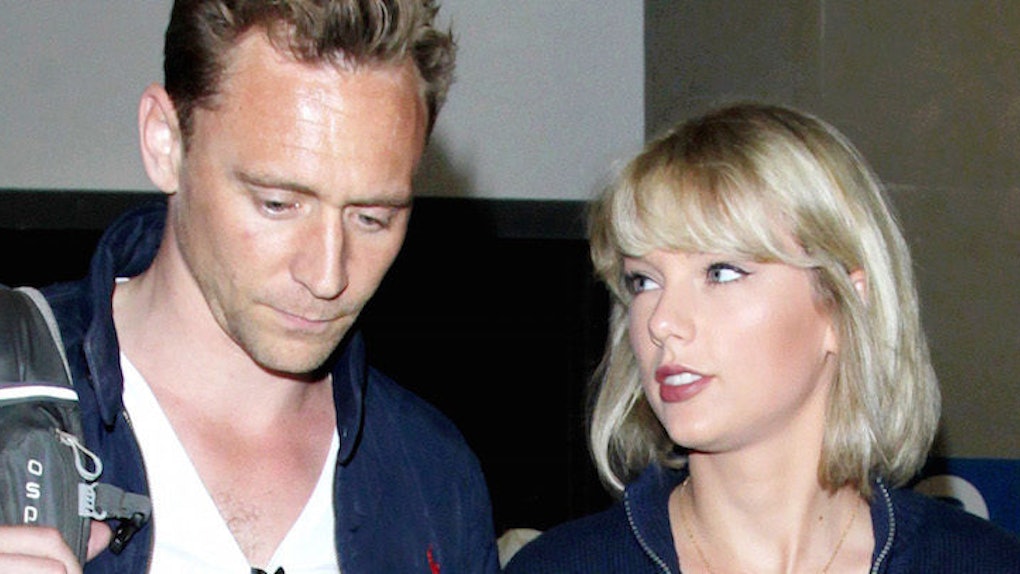 Now that the VMAs are over, we can start to get excited about the Emmy Awards Show.

On September 18, actors and actresses will come together to be recognized for their excellence in television. We'll get to check the best red carpet looks and watch the drama unfold as Jimmy Kimmel hosts the night.

It looks like Twitter is already talking about the Emmys... but not for the reason you'd think.  The hashtag #TaylorStayHome is spreading by fans of Tom Hiddleston who don't want the actor to bring Taylor Swift as his date.

Hiddleston is up for "Oustanding Lead Actor In A Limited Series Or Movie" for his role as Jonathan Pine in "The Night Manager." CONGRATS, TOMMY BOY.

After the list of nominees came out, it was reported Taylor felt "uncomfortable" because Tom asked her to come to the Emmys.

A source told the Daily Mail,

Tom wants their relationship to be public, even asking Taylor to go to the Emmys with him, but Taylor wants to keep her private life private.

Tom's need for their relationship to be so public so quickly makes her uncomfortable. She tried to be OK with it in the beginning but fears he is in love with the idea of her and not falling in love with her for the right reasons.

Uhhhh, shit. It looks like things with Hiddleswift are a little rocky.

Now, Taylor Swift is getting absolutely destroyed on Twitter even though no one knows if she's actually going.

One user started a "Taylor Stay Home" profile to roast the singer and encourage others to do the same.

According to the profile, people still aren't happy Tom Hiddleston and Taylor Swift are an item.

If Taylor does go to the Emmys with Tom, shit's gonna hit the fan. Hard.

Uhhhhh... sorry, girl. People aren't really a fan of you at the moment.

@KezlaBlogs just people on here mostly I tweeted a thing about people campaigning. For Tay not to go to he Emmys with tom — Rhiannon|MET TAYLOR (@rhiannon_twigg) August 23, 2016

YIKES. This is brutal.

I guess since Taylor missed the VMAs, people want her to stay away from award shows entirely.

I guess we'll have to wait and see if Tom walks the red carpet alone...

...or if he brings another date instead.