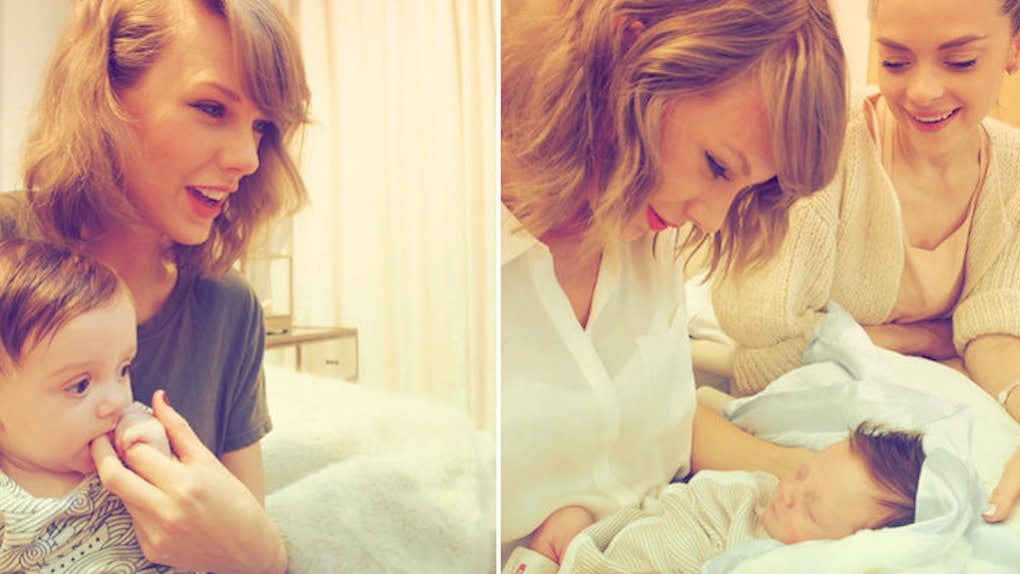 Any kid would be lucky to have Taylor Swift as a godmother. Leo Thames Newman, son of actress Jaime King, happens to be that kid.

Unfortunately, the 13-month-old was diagnosed with Transposition of the Great Arteries, a heart condition that is present at birth, at just 20 weeks.

Swift was there in the ICU while Leo had surgery to support the family. For someone as famous (and presumably busy) as her, that's an incredibly sweet thing to do.

Her kindness didn't stop there, though. For his first birthday, Leo's godmother came through with an awesome gift in the form of a donation to the hospital where Leo had his surgery.

King shared a photo of the letter she received informing her family of T-Swift's generous donation in honor of baby Leo to the Los Angeles' Cedars-Sinai Medical Center.

In the heartfelt screenshot of a note, King writes,

Taylor does countless selfless acts that go unnoticed because she does them silently, from such a great place of unconditional giving. As the Godmother of Leo Thames for his birthday she gave an incredible donation to the people that saved his life, Dr. Allistar Phillips and his brilliant team... She came to the ICU to comfort us, to hold, bond with him with such grace & strength.

Taylor has always been (and probably always will be) close to her godson.

This kid is pretty lucky to have someone like Taylor in his corner.

She sets an amazing example.

This is part of why I'm a huge Taylor Swift fan. Underneath all of the public drama, she knows family is the most important thing of all. I know it's cheesy, but actions really do speak louder than words.

Citations: Taylor Swift Makes Donation to Hospital in Godson's Name After Visiting Him in the ICU (Entertainment Tonight)