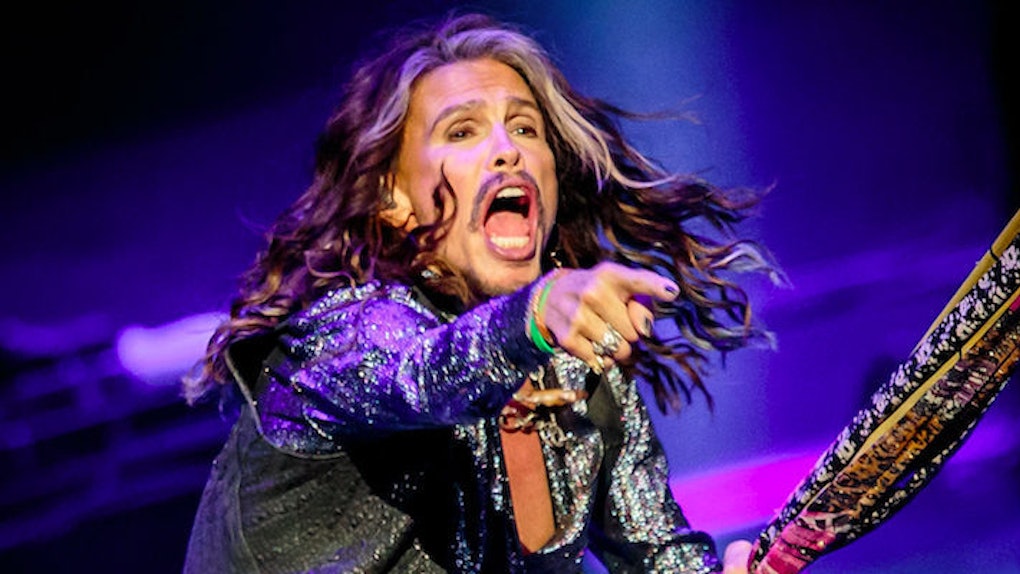 If you're curious, the hand gesture is the shocker. If you don't know what it means, take a one way trip to the Urban Dictionary.

Although the ride's pre-show film had been untouched since its opening 17 years ago, it looks the shocker is gone for good. If you want it back? Dream on.

I think the real story here is how it took 17 years for people to notice a sexual hand gesture at Walt Disney World of all places. Hmm, I wonder how long it will take Disney to get rid of this?

Is it just me, or does Br'er Bear look like he's trying to perform auto-fellatio?

Anyway, here's a still of the shocker before it was edited out.

Well, Steven Tyler did not have so sweet an emotion as a response to being censored by the Mouse House.

Steven took to Facebook to vent over this perceived slight of hand. He also posted a photo along with it of himself performing a facial contortion that up until now I did not think was possible.

Oh, yeah, Steven? How exactly did Disney give you the middle finger?

Newsflash: Mickey doesn't have a middle finger (and probably cannot perform the shocker, now that I think about it).

Disney, don't worry. If you send over a dozen scarves to the singer that should smooth things over with Tyler.