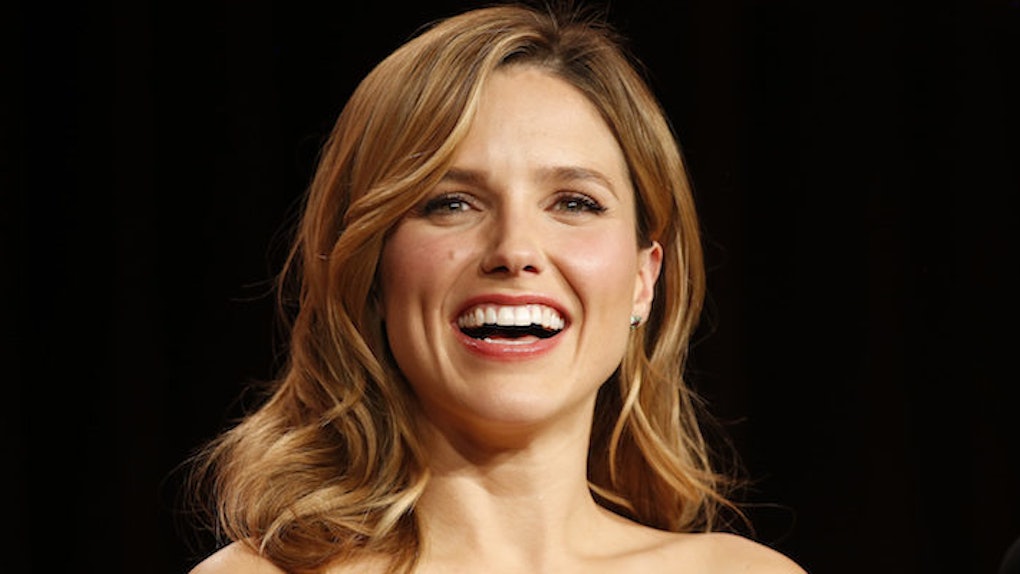 Sophia Bush From 'One Tree Hill' Reveals Her Diet Secrets

Ever wonder what Sophia Bush snacks on to maintain her flawless figure?

The 34-year-old "One Tree Hill" and "Chicago P.D." star is opening up about her trusty diet secrets she uses to keep herself feeling and looking great at all times.

Now, these aren't your average tips, either. These secrets can only work if they're paired with a healthy fitness regimen overall.

It seems like her first trick is to stay away from any munchies laying around on set. Apparently, there are PLENTY.

During a campaign for Lipton's Bright Bites, Bush revealed,

Donuts, candy and Doritos? How does she have self-control with those kinds of delicious goodies around?! Two words: meal prep. Bush continued,

It's really hard to eat healthy, and I think that's part of the reason I've been trying to set aside time to cook more and prepare more food that I can bring with me.

In other words the more control you have of your diet, the better.

In addition to a little self-restraint, Sophia Bush has also used the cool weather in Chicago during the winter to her advantage as she shoots NBC's "Chicago P.D." The actress added,

All through the winter, because it's so cold in Chicago, I make shepherd's pie. It's so good. I'm a big fan of turkey stew too, and I'll get a massive, double-height pot and then freeze half of it, and sort of preserve that through the week.

It's safe to say that Sophia has found equally scrumptious ways to steer clear of the unhealthy foods. According to Delish, the 34-year-old actress also enjoys bone broth. Sophia said,

I make it out of the bones from the turkey in my turkey stew, often. I think with this whole shift to wellness, everyone is sort of paying attention to more holistic foods that are full of vitamins.

Alright, I'm not going to lie, bone broth sounds gross but after a little independent research, it's actually known to ease digestion and supply the body with necessary nutrients that Doritos just don't contain.

With the shepherd's pie and the bone broth, I can't help but wonder -- what does she snack on?! I mean, I'm not sure about you but I don't care what kind of fitness regimen I'm sticking to, I need my snacks.

It turns out Sophia Bush has the rare ability to stay away from all of the carb-filled crap we eat and opts for a much healthier choice: seaweed.

Despite her healthy approach, she'll still chow down on a burger every now and then.

Overall, it's clear that the award-winning actress has made quite a few micro-changes to her diet in order to maintain her figure.

When I say "micro-changes," I'm obviously referring to the fact that Sophia Bush will not allow herself to drink coffee passed the morning portion of her day.

Little tweaks like this allow her to stick to the script of her diet and avoid caving in to the many donuts and sweet treats on set. Sophia said,

I could drink coffee all day, but I don't feel great at the end of the day if I do.

Other small changes include staying away from dairy-heavy food products and steering clear of committing to "restrictive" gluten-free or vegan diets. Instead, she identifies the foods that affect her body positively and sticks to those.

I'm trying to just pay more attention to how the things I put in my body make me feel, and adjust accordingly.

Overall, I think these are some pretty solid tips for forming your own custom-made dieting plan rather than conforming to incredibly restrictive meal plans because they're trendy.

It seems like Sophia Bush has some pretty well-versed tastebuds. I'm sure it has something to do with the fact that she's more starstruck over chefs than the red carpet-walking celebrities of Hollywood...

Citations: What Sophia Bush Actually Eats in a Day (Delish)