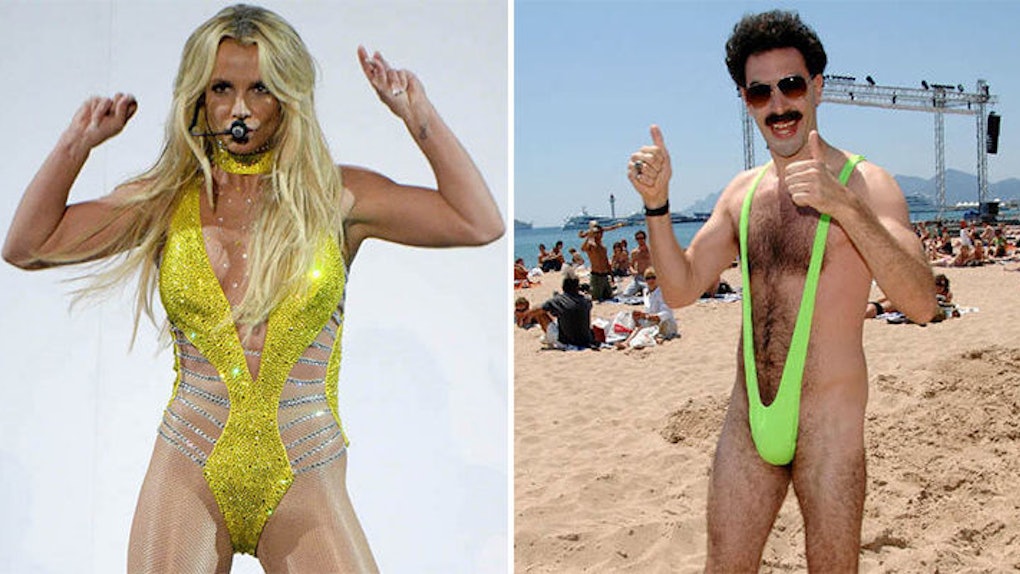 As hard as Beyoncé slayed her angelic feathered ensemble at Sunday's VMAs, everyone seemed to have a lot less love for Britney Spears' lewk of choice.

Comparisons to the Yellow Power Ranger and mustard were tossed around halfheartedly, but the major debate seems to be between those who believe Brit's outfit looked like WWE legend Hulk Hogan and Kazakhstan's Borat.

BONUS: INPUT FROM HOLLYWOOD HULK HIMSELF!

Please, don't let this debate go unsettled. Living in a world without life's most important answers isn't living at all. It's merely surviving.

Vote today and settle this madness, once and for all. Hulk or Borat? Borat or Hulk? A moment of your time could make all the difference in the life of Hollywood stylist whose intention remains unclear.