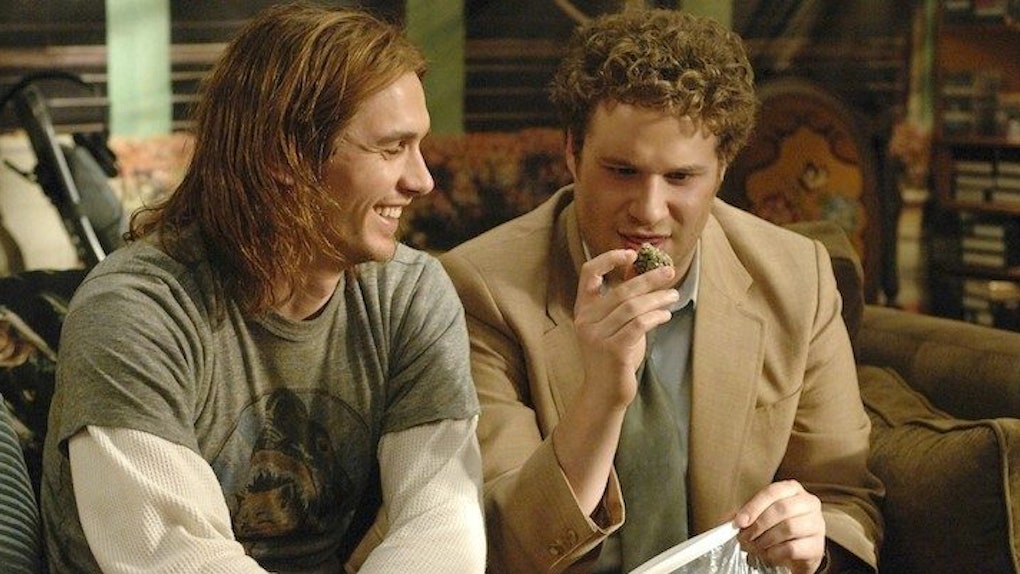 Amy Pascal, the former co-chair of Sony Pictures, lost her job in the wake of the email hack scandal brought on by "The Interview."

Pascal will continue to work for Sony but as a producer. That means she needs to move into a new office.

The office she is slated to move into was most recently occupied by the men behind "The Interview," Seth Rogen and Evan Goldberg.

But, Pascal's move has been delayed due to claims the office reeks of marijuana.

According to The Hollywood Reporter, the smell is so embedded into the room, the walls are being repainted in an attempt to rid the office of the stench.

Apparently, the smell also made its way into the floorboards.

It's no secret Rogen and Goldberg are big fans of the sticky icky (see: "Pineapple Express").

Rogen, according to the LA Times, posted to his Instagram account about the supposedly untruthful nature of the story. He wrote,

But, speaking from firsthand experience -- I used to work on the Sony lot, and my boss' office was right next to Rogen and Goldberg's -- every day around 11 am, the undeniable odor of pot smoke would waft through the air.

And it was most certainly emanating from Rogen and Goldberg's place of business.

In all fairness to Rogen and Goldberg, that office was different than the one in question, so maybe they changed their ways before they made the move. But, old habits die hard.

While Rogen may not believe they left the office reeking of reefer, I don't doubt it for a second.