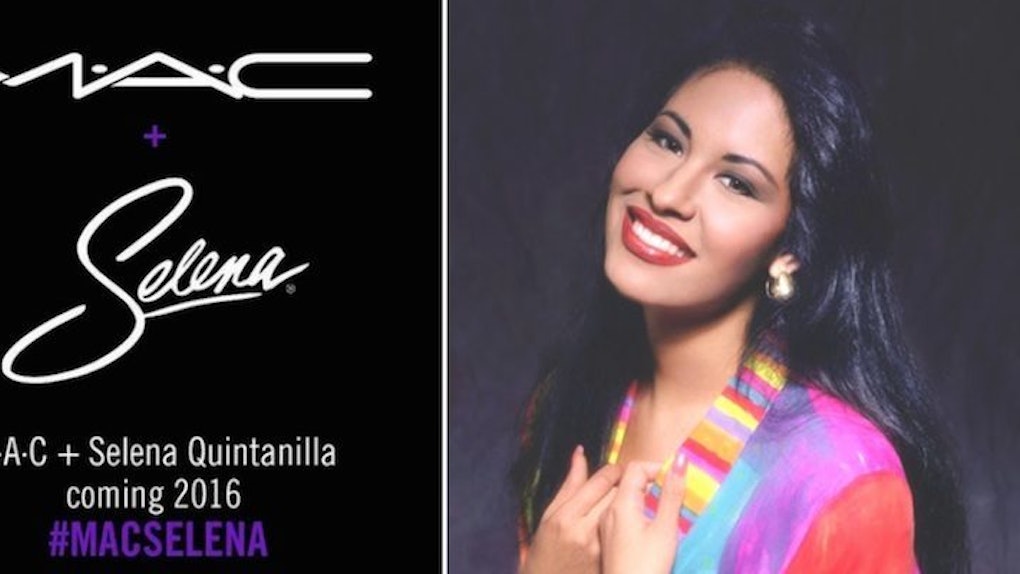 Yesterday, 90s kids everywhere collectively lost their minds after cosmetics giant MAC announced its newest collection will be inspired by none other than the late, great Selena.

Details about the collection, set for release next year, are scarce, but I do know it was Selena's devoted fans who made the inspired collection a reality.

This year marks the 20th anniversary of the Latina singer's death, and in February, fans began a Change.org petition that called for the makeup company to create a cosmetics collection in her honor.

The petition collected over 37,000 signatures and sparked #SELENAQUINTANILLAforMAC.

For MAC, that was more than enough encouragement.

Selena's talent and beauty, inside and out, have left a colorful, meaningful impact in the world that has continued to grow over the last two decades. We have heard the passion and enthusiasm from her fans and wholeheartedly agree that her legacy embodies MAC's philosophy.

The significance of this Selena line is huge. This all started from a petition. This is big for the Latin community! #MACSelena — Amaiya (@_abd18) July 16, 2015

Word can't even describe how happy and excited I am about this #MACSelena pic.twitter.com/oasvaZ7YnP — Yara (@theebeautydiary) July 16, 2015

These will be happy tears, doe.

To be fair, I'm excited, too. This collection is sure to be one for the books.

Citations: Selena Inspired MAC Makeup Collection is Coming in 2016 Get the Details (Us Weekly), MAC is Releasing A Selena Collection People Are Losing Their Minds (BuzzFeed)