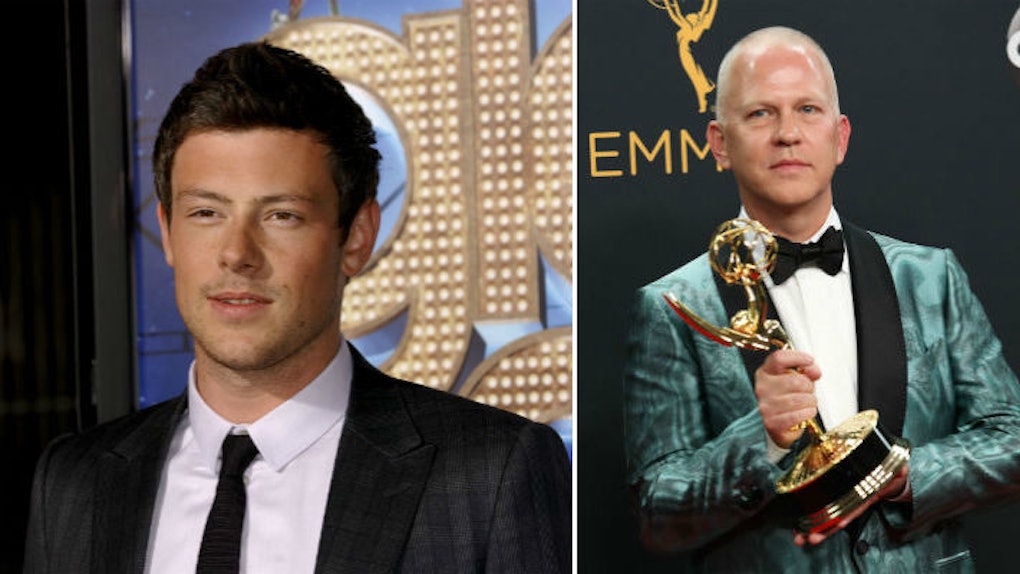 Ryan Murphy recently opened up to Entertainment Weekly about how emotionally tolling it was working on the Fox musical series, "Glee."

Specifically, he mentioned how heartbreaking Cory Monteith's deadly overdose in 2013 was for him, as well as for the cast and crew.

For the first time, he openly spoke about the last moment he saw Monteith. Cory and his then girlfriend and "Glee" costar, Lea Michele, were visiting him on the set of HBO's "The Normal Heart."

We hugged, and the last thing he said was, 'I love you, man, and thank you for helping me get better.'

Monteith, who played Finn Hudson, a jock who joins glee club, had a life-long battle of addiction, which began when he was only 12. He attended 16 different schools before dropping out at age 16.

And then the next thing I knew he was dead. It was like losing a child.

He also opened up on how Monteith's death effected the show, saying,

What started off as being such a great celebration of love and acceptance ultimately became about darkness and death.

Murphy says that "Glee," which first aired in 2009, was the best time in his life but also "the worst time in [his] life."

Despite all of the love and support the cast had for each other, the creator of "American Horror Story" and "American Crime Story" said that there was plenty of drama,

After such a tragedy, it must be incredibly bittersweet for the man who started it all to look back on what he created and the group of people it helped bring together.