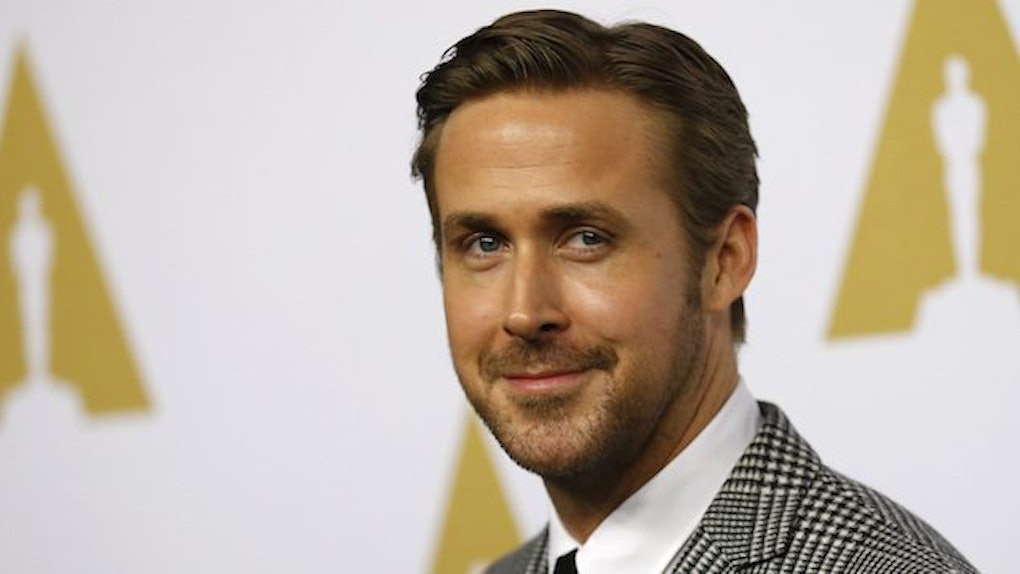 The stars made it out on Monday for the Academy Awards' annual nominee luncheon.

It's a fun and super awkward event where all the Oscar nominees get together and act like they're not tired of campaigning and smiling at their competitors.

All in all, everyone has a wonderful, fake, smiley time.

One part of the annual awards season tradition is that the nominees take one big class photo.

Now, if you thought your high school class photo with everyone jammed up on the gym bleachers was awkward, you will be comforted by the Oscars class photo.

As it turns out, even the world's biggest stars are super awkward if you put them in afternoon elegant wear and tell them to line up next to each other.

Essentially everybody that you know is in that photo trying to look cool.

While all the men are doing their boring, manly-standing-still-poses, one person really stuck out.

The men are in uniform in their dark suits with their hands at their sides or clasped in front of them.

But not Ryan Gosling. Oh no, Ryan couldn't just act like everyone else around him. Ryan is an individual, dammit. He doesn't follow the crowd!

Find him in this close-up picture.

Do you see him?

He's allllll the way in the back, as the jokesters of senior year tend to be.

While everyone else has their hands at their sides, Gosling had to go with the cool guy pose, arms crossed with a serious glare straight into the camera.

Good looks, Ryan. You really did it.

Gosling is nominated for his role in "La La Land," a musical about Los Angeles and jazz.

It's possible Gosling will actually win because everybody knows there's nothing Hollywood loves more than a story about Hollywood -- especially if it features the plight of a handsome white man.