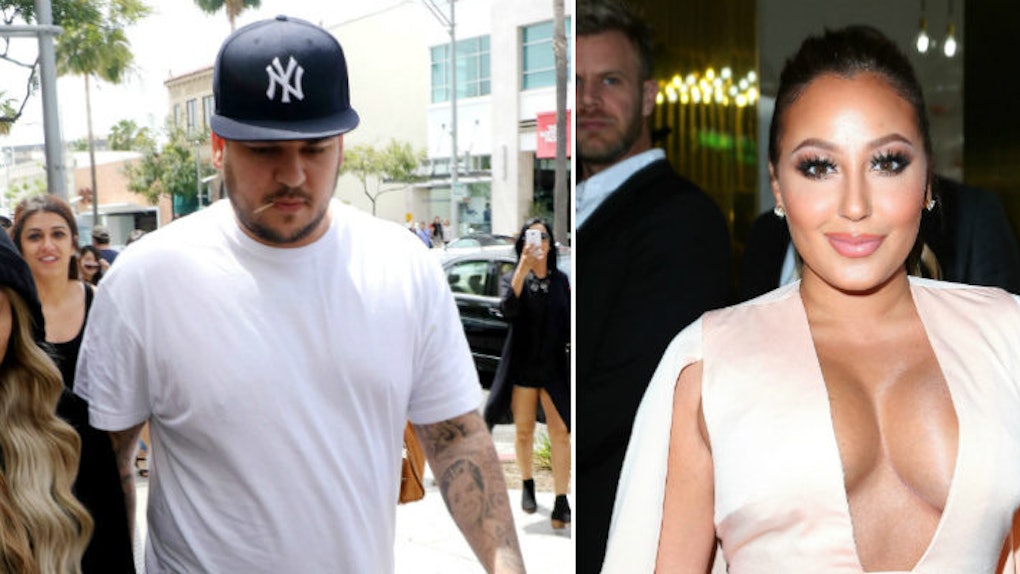 Rob Kardashian's Ex-GF Gets Married After Dream Was Born

What's the sketchiest thing you ever did to get back at an ex?

Me? I wished them well and hoped they can find someone who is better suited for them and regretted that it wasn't me. What? I'm not petty.

While Adrienne Bailon, Rob Kardashian's ex, probably didn't plan her wedding just to overshadow the birth of his first child, the timing is a bit unfortunate.

When the Cheetah Girl learned about Rob's engagement to Blac Chyna, she said,

I think everybody deserves happiness and I think it's just absolutely awesome. He looks like he's so happy.

And now, it's Bailon's time to have a lot of joy!

"The Real" co-host married Israel Houghton, a gospel singer, in Paris on Friday.

I genuinely just feel so blessed and grateful. I've honestly never been happier in my entire life. I've never felt what I feel right now. I can't even describe what it is, but it's such a peace mixed with total excitement.

The two said "I do" in front of 70 guests at the Hotel Plaza Athénée.

Some of the names on the guest list included Angie Martinez and "The Real" co-hosts Loni Love, Jeannie Mai and Tamera Mowry-Housley.

I'm so glad we chose such an intimate group of who have shared in our journey and know our hearts and that I honestly feel comfortable crying in front of. I didn't want to invite people I felt I had to put on a performance for. I wanted every moment to be genuine and really special and that's what it is going to be.

Bailon and her now husband were friends for years before they started to date this spring. They became engaged in front of the Eiffel Tower in August.

Congratulations to the happy couple. We hope you have many years of happiness together.