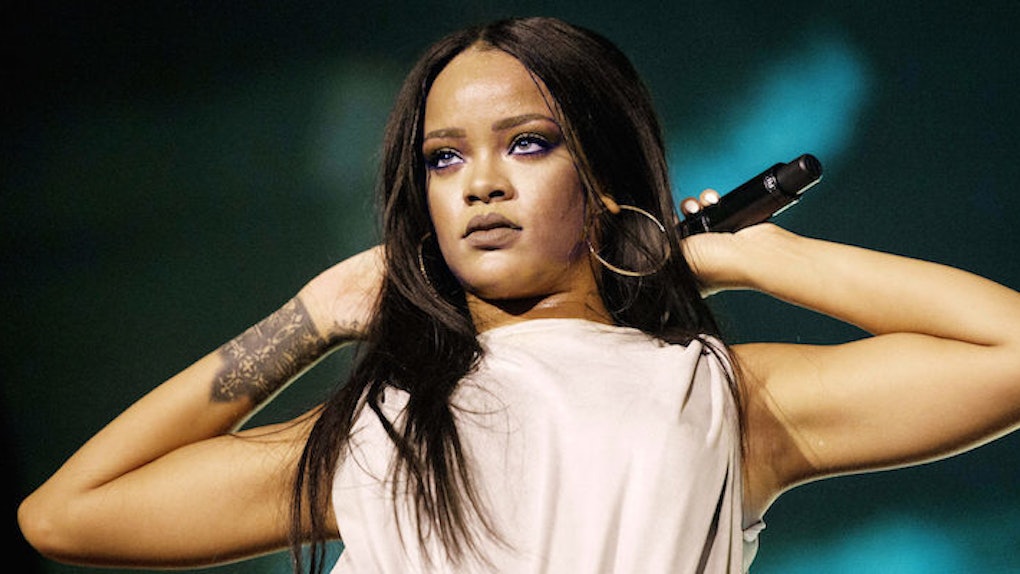 There's an unspoken rule of the celebrity universe that pop star (and general art person) Rihanna is allowed to do whatever the hell she wants at any given time.

Usually, Riri pushes the boundaries as far as possible, wearing denim stilettos that are also pants while twerking on Drake in a manner explicit enough to make even the most jaded feel emotions.

If you recognize Klein's name, it's because he just recently shot Kanye West's enigmatic “Wolves” video.

Listen, if Cersei can sit on the Iron Throne and Mariah Carey can advertise for World of Warcraft, it's time for Rihanna step up and take her place among diva royalty.

According to W, Rihanna plays a character called Tomorrow, "the last woman on earth and the ruling warrior queen in a dark, dystopian future.”

Edward Enninful, W's creative director, explains in a behind-the-theme essay that the shoot was inspired by Rihanna's desire to avoid ever doing the same thing twice.

The thing about Rihanna is that she never wants to repeat something she's done, and she did a video where she wore lots of camouflage – so I knew I didn't want to do a military story. Instead, I wanted to do something that was set in the future world.

I can't help but wonder if sci-fi refugees always wear quite so many Cartier diamonds — so many, in fact, that five brand employees had to fly the jewels to the US for the shoot.

Have your eyes ever witnessed something this majestic?

But here's where we get a little weird.

W calls Rihanna "the baddest bitch of the post-apocalypse."

Just another day at the office, right?

Rihanna beats Cersei at her own game.