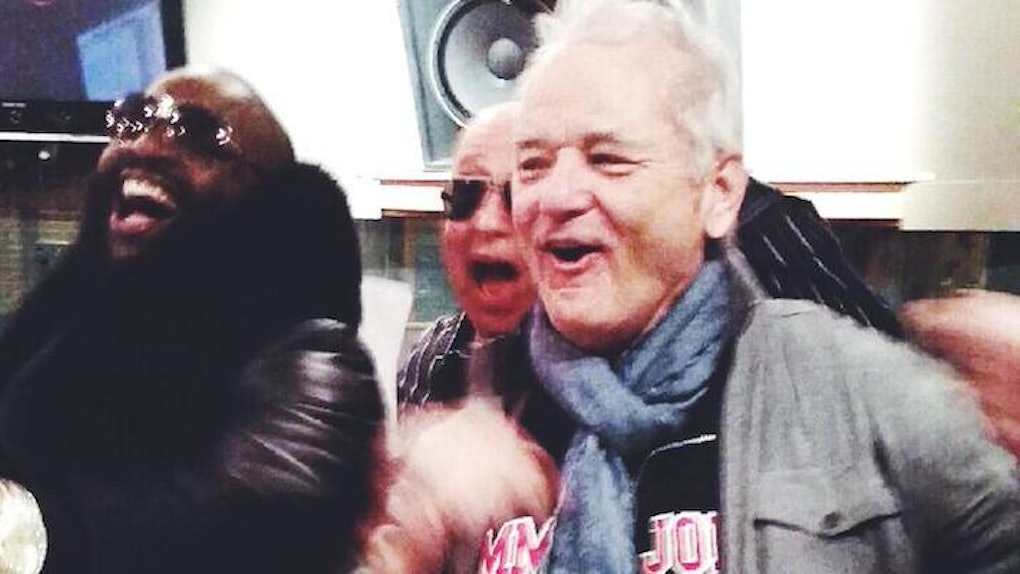 A crazy thing happened this weekend: Rick Ross and Bill Murray hung out together in a recording studio.

It's unclear why these two luminaries palled around with one another, but it happened and that's just awesome.

Following the game, Murray and his son somehow hooked up with Ross and joined him in the studio.

And Paul Shaffer, from the "Late Show with David Letterman," made an appearance as well.

There's no word if they actually recorded any music, but they did take some great photos.

Check them out below.

There's a new supergroup in town:

These guys sure know how to party:

Time for a dance party: