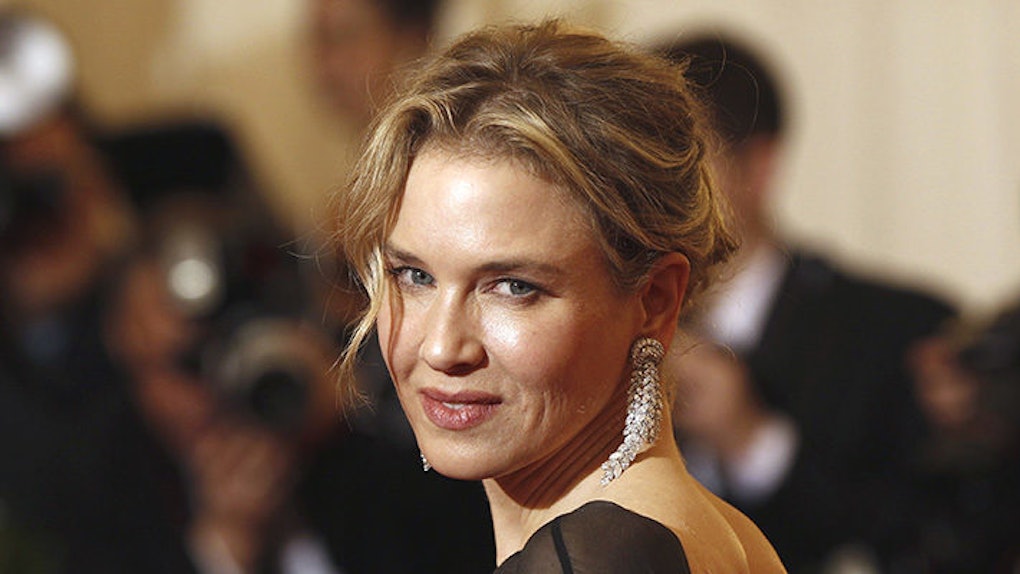 Renée Zellweger is taking control of her own narrative.

On Friday afternoon, the 47-year-old actress posted a strong open letter on the Huffington Post criticizing speculation over perceived changes in her appearance.

Not that it's anyone's business, but I did not make a decision to alter my face and have surgery on my eyes. This fact is of no true import to anyone at all, but that the possibility alone was discussed among respected journalists and became a public conversation is a disconcerting illustration of news/entertainment confusion and society's fixation on physicality.

Zellweger not only denied rumors she'd had surgery, she dissected and questioned the societal context that prompts people to make a big fuss about such a subject in the first place, writing,

It's no secret a woman's worth has historically been measured by her appearance. Although we have evolved to acknowledge the importance of female participation in determining the success of society, and take for granted that women are standard bearers in all realms of high profile position and influence, the double standard used to diminish our contributions remains, and is perpetuated by the negative conversation which enters our consciousness every day as snark entertainment.

Zellweger also seemed to give pointed criticisms to a specific person.

During the letter, she alluded to "a critic whose ideal physical representation of a fictional character originated 16 years ago, over which he feels ownership, I no longer meet."

That appeared to be a clear reference to Variety writer Owen Gleiberman, who wrote an article titled, "Renée Zellweger: If She No Longer Looks Like Herself, Has She Become a Different Actress?"

All in all, the actress thoroughly and comprehensively laced into the subject of body image, and, perhaps most importantly, addressed the consequences of the types of news stories that discuss how women look.

The resulting message is problematic for younger generations and impressionable minds, and undoubtably triggers myriad subsequent issues regarding conformity, prejudice, equality, self acceptance, bullying and health.

You can check out her full letter at HuffPo.