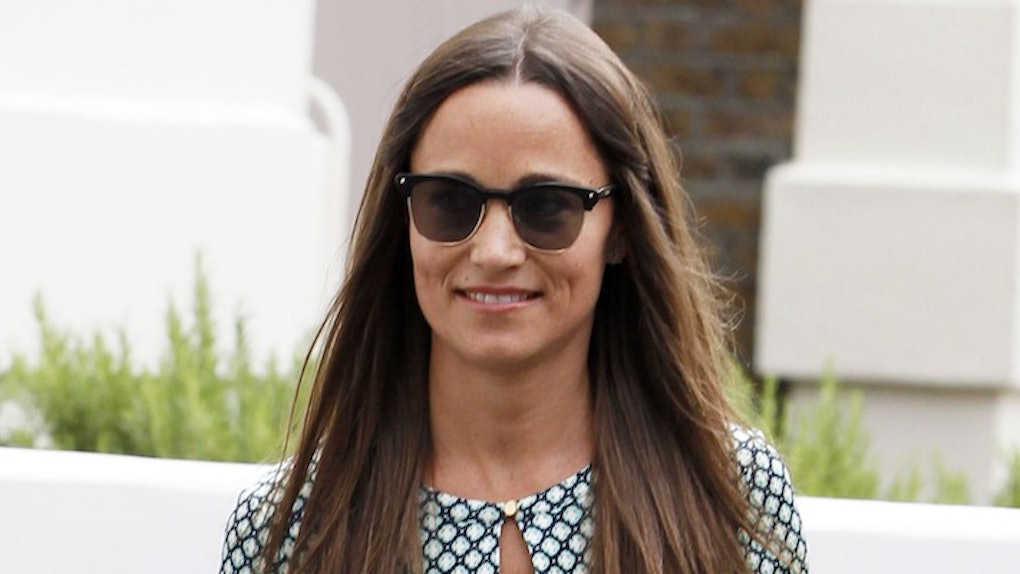 This can't be good.

Pippa Middleton's iCloud account was reportedly hacked resulting in tons of personal data and photos being stolen from her.

According to Mashable, the 33-year-old sister of the Duchess of Cambridge had over 3,000 personal photos stolen from her after an intruder hacked her iCloud account.

The sensitive information is said to include photos of Pippa Middleton, her fiancé James Matthews, Prince George, Princess Charlotte and the royal family.

The photos have also been said to be of wedding dresses and private gatherings as well.

In a story published by The Independent regarding the hack, the report states that Middleton's lawyers have confirmed her iCloud account to have been accessed unlawfully.

The report also states that the hacker(s) identified as "Mas" is trying to sell the photos to various publications. In addition, Pippa Middleton's lawyers have stated that both Pippa and James wish to have their privacy respected at this time.

The last we heard about Pippa Middleton, the 33-year-old author and columnist had been seen smiling gleefully somewhere in the Lake District after news broke that she had gotten engaged to 40-year-old hedge fund exec James Matthews, who manages investment advisory firm Eden Rock Capital Management.

Matthews had reportedly asked Pippa's father, Michael Middleton, for permission prior to the proposal.

It appears that he granted him permission and Pippa said yes...

It's never good news when you hear about someone having their personal data stolen from them.

Hopefully, Pippa Middleton and her lawyers will take the best course of action to ensure her private information is retrieved and make sure the hacker(s) responsible are brought to justice.

Hey, no one ever said it was easy being royal! This is just proof.