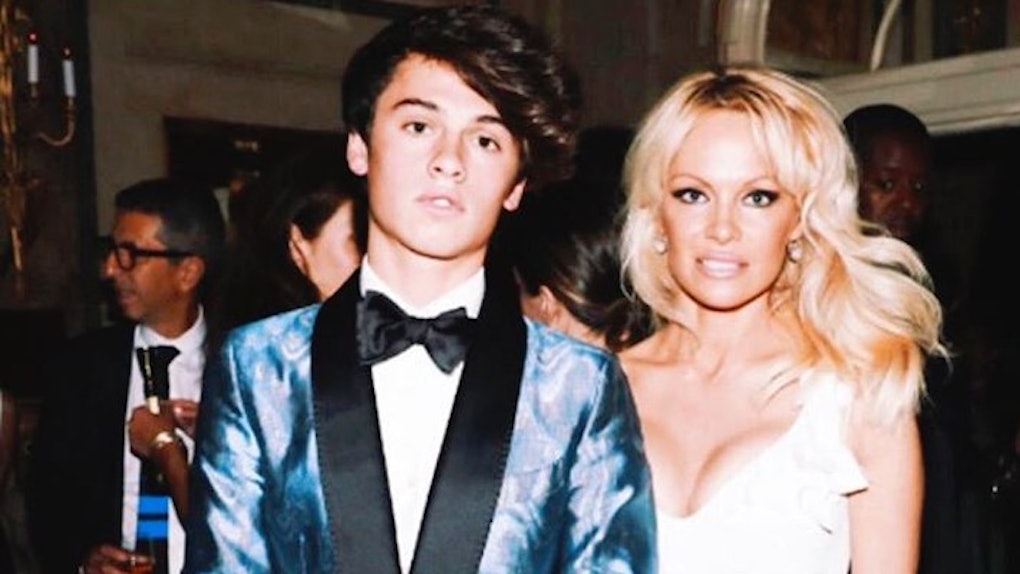 Pamela Anderson Urges Son Not To Use 'Stupid Dating Apps'

"Baywatch" icon Pamela Anderson has had plenty to say lately.

First, the 49-year-old star and '90s badass said that she regrets her breast implants. Then she voiced her disapproval for pornography.

Now, Pamela Anderson is making headlines for her latest disagreement... with dating apps. One thing has now been made abundantly clear -- she is not a fan.

That's right, Pam isn't a fan of your Tinder, your Bumble or your Grindr. As a matter of fact, she thinks they're flat out "stupid."

You're probably thinking she's been trying her luck on these apps and failing, but you're wrong.

You know, like using your words and formulating sentences face-to-face. It's kind of an outdated technique these days -- admit it!

During an appearance a the Harper's Bazaar Icons event, Anderson spoke to US Weekly, revealing,

I tell him not to do those stupid [dating] apps, which he doesn't, thank God. I tell him, 'Just meet somebody on the street and get a connection.' It's human contact.

I can't say I completely disagree with Pam here. After all, it's rare that anyone ever goes outside and meets someone before stalking every single social media account they own.

Eventually, 18-year-old Dylan Jagger, whose dad is Tommy Lee, revealed that he's on mom's side. "Stupid dating apps?" He doesn't use 'em. He said,

It seems like Pamela Anderson's ability to live without a few key components that have taken over the sex and love lives of tons of people around the world is rubbing off on Dylan.

In a past interview, Anderson revealed,

I really want to start a sensual revolution instead of a sexual revolution, that's more about compassion. I really believe in relationships and being in love and having great sexual experiences and just sensuality.

Well, it's safe to say you WON'T be swiping right on Pamela Anderson or her son -- EVER.

Citations: Pamela Anderson Tells Youngest Son Dylan Not to Use 'Those Stupid' Dating Apps (US Magazine)