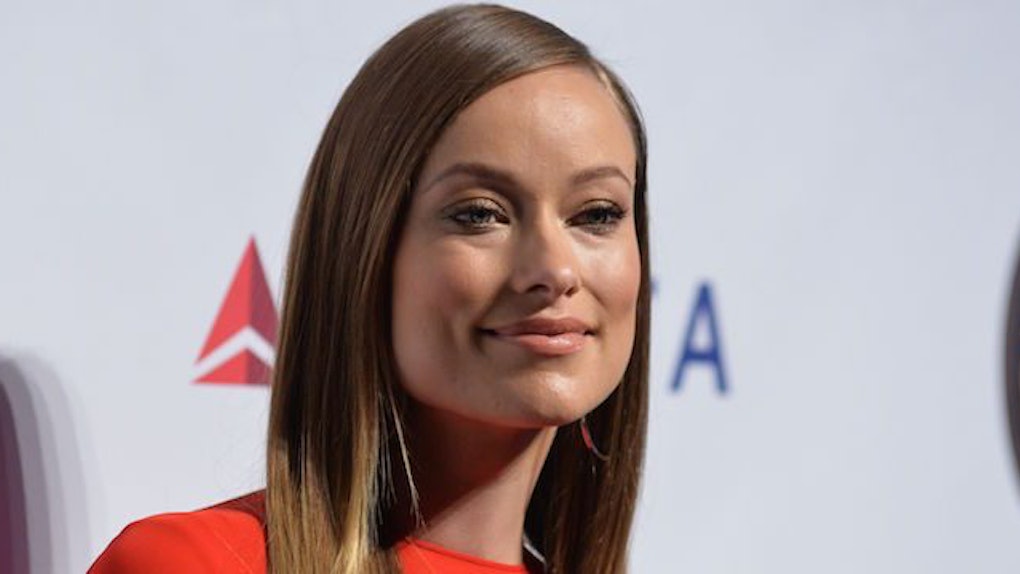 Olivia Wilde has always been very hot, but this new hair might be her hottest look yet.

I'm not saying she was hot as a kid or anything. I don't even know what she looked like as a kid. Don't make it weird.

What's up? What's up? I'll tell you what's up, Olivia, YOUR HOTNESS LEVELS. I didn't think it was possible, but she did it.

For reference, here is her hair from before.

Still very hot, right? But like... that blond, though.

I don't know if I want to marry her or marry her hairstylist, so that I too, can look this fabulous all the time.

The "Vinyl" actress debuted her new look at the Tiffany and Co. HardWear Launch Party as a part of New York Fashion Week on Tuesday.

There, she ran into her fellow dyed-blonde actress Kate Mara.

When you roll up to the party with your new look and it turns out you just single white femaled your friend you haven't seen in a year. So fun checking out the new #TiffanyHardWear collection tonight. Thanks for having us @tiffanyandco! #TiffanyPartner #iloveyoukatemara

The "single white femaled" thing is a reference to the 1992 thriller film "Single White Female," in which a murderer begins dressing exactly like her victim.

Honestly, though, if Olivia Wilde tried to murder me while looking like this, I wouldn't even be mad.

Shout out to all the hairdresser who will now be shown this photo of Olivia Wilde for the next year. We know we'll never look like her, but please just humor us.