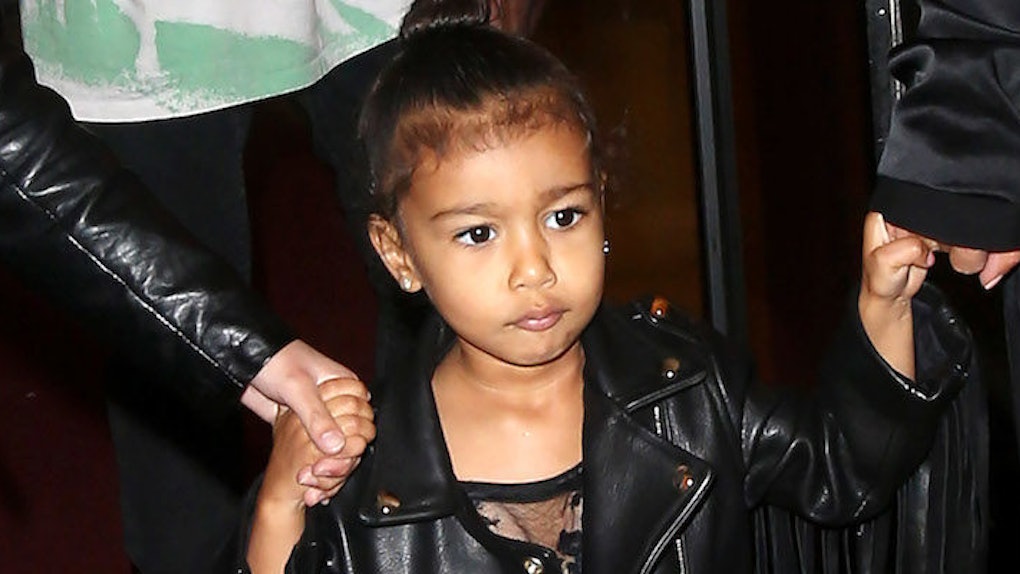 Just in case you need a reminder there's a toddler who is richer than you, North West hit the streets of New York on Thursday with a Louis Vuitton handbag that's valued at almost $1,000.

Sure, I could pop into a store and look at them, but the fact I probably won't be able to drop $1,000 on an accessory any time soon is just too depressing to even go there.

Also, what the hell is a 3-year-old doing with a designer bag? Isn't it a universally known fact toddlers are hot little messes and shouldn't have nice things?

I mean, maybe North isn't your normal toddler -- you know, the type to take to the walls with crayons and eat playdough.

Maybe since she's basically Kim Kardashian's mini-me, she knows the value of a good handbag.

But I'd still put money on that kid leaving it somewhere and losing it since toddlers also have a knack for doing that.

I will admit, that bag is pretty adorable. It's so little!

If I saw a 3-year-old strutting around New York City with a tiny Louis Vuitton handbag dangling off her little arm, I wouldn't be able to help but think it was cute.

Since North owns designer handbags at the age of 3, we can only assume she'll own her first expensive car before she can drive, and her own mansion before she can open her own credit card.