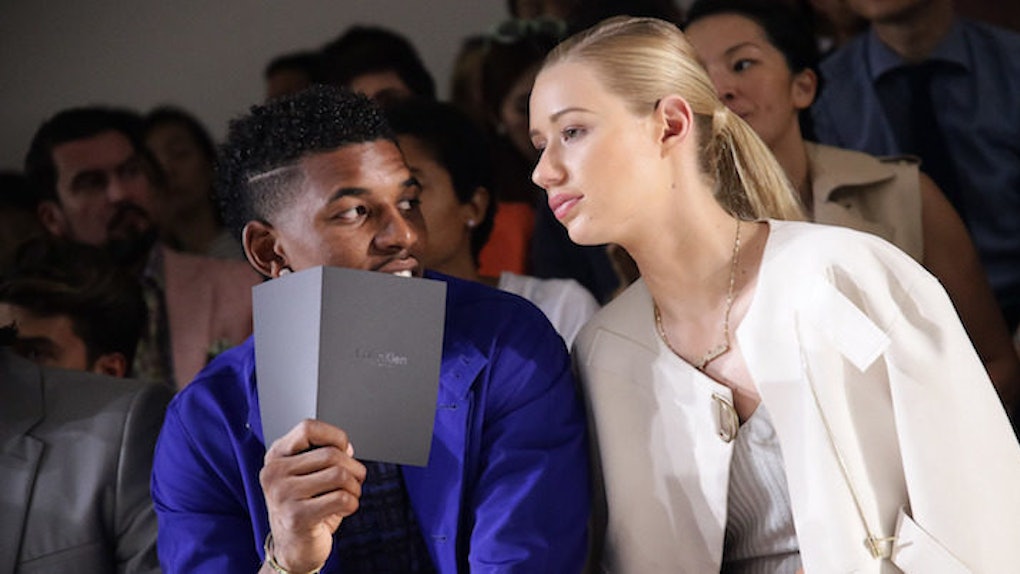 Nick Young is happy for his ex, Iggy Azalea.

HE IS, OK?! HE'S EXCITED FOR HER. STOP DOUBTING HIM.  LET NICK EXPRESS HIS UNBRIDLED JOY OVER IGGY'S BURGEONING RELATIONSHIP WITH A FAMOUS, SUCCESSFUL MAN OTHER THAN HIMSELF. UGH!

As of last week, Iggy moved on from her pro-athlete ex with rapper French Montana.

Having heard the news, the LA Laker told TMZ he's “happy” for the celebrity couple.

It clears my mind. I wish they get married.

Wow. Alright. That seems kind, caring, sincere and not at all sarcastic or passive aggressive.

When the paparazzo asked Nick Young whether a run-in with French would be “cool” for him, the 31-year-old replied,

Even if Nick's statements are indeed tongue-in-cheek, nice words are still coming out of his mouth. Nice words can be a difficult feat post-breakup, especially when the former couple was once plagued by infidelity rumors.

Twitter users were not as kind regarding Ig and French's budding romance.

Ah, yes, the blossom of new love. Everyone truly, deeply hates it.

Citations: Nick Young on Iggy Azalea and French Montana Dating: "I Wish They Get Married" (Complex)