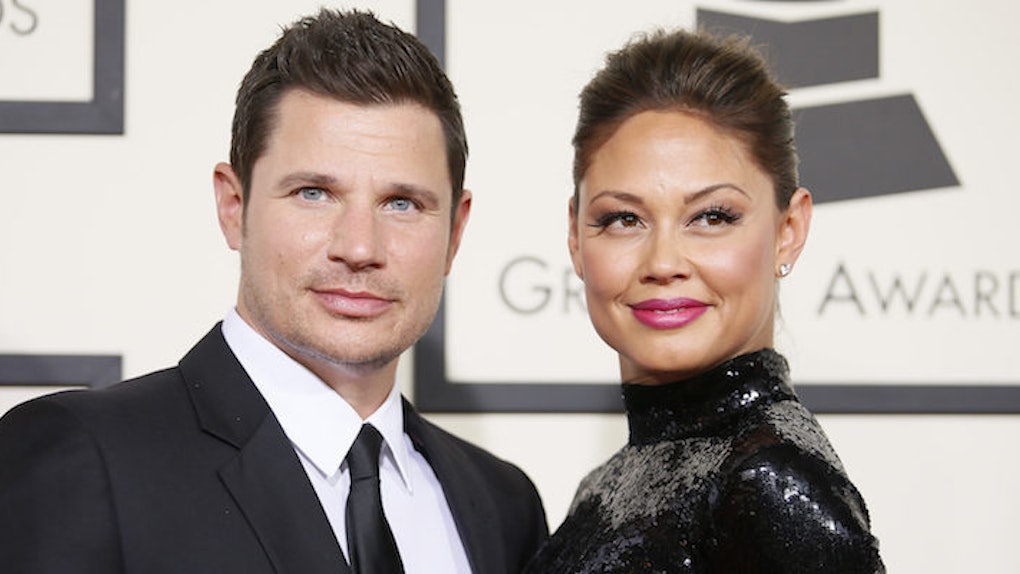 Nick And Vanessa Lachey Use Pun To Announce Pregnancy

It looks like Nick Lachey and Vanessa Lachey are going to be welcoming a new addition to the family.

Vanessa took to Instagram to hint at a baby on the way after posting a photo along with a text overlay reading, "We got a new crib! Now we need a new CRIB!"

The 35-year-old star and her husband Nick posed alongside their two toddlers and a few boxes. I'll go ahead and assume the boxes feature the new baby's throne, er, crib.

It's pretty obvious! I mean, Nick and Vanessa have been married since 2011 and have two kids ages 3 and 8 months.

It's only right that they give Camden John and Brooklyn Elisabeth a sibling in spring 2017.

Earlier this year, Vanessa Lachey spoke to E! News about the possibility of welcoming a new baby to the family, saying,

The second [child] has been different just in the sense that it's nonstop, but I love that. It's busy and it's chaotic, but... it's what I've wanted and it's all I know right now and on top of all of that, I have the most amazing supportive husband.

If you want to keep yourself busy, there's only one right way to get the job done... ANOTHER ONE.

If we're blessed with no. 3, it's just going to be that much more exciting. If it happens, it happens!

Yup -- it looks like the Lachey family certainly got the blessing they were hoping for!