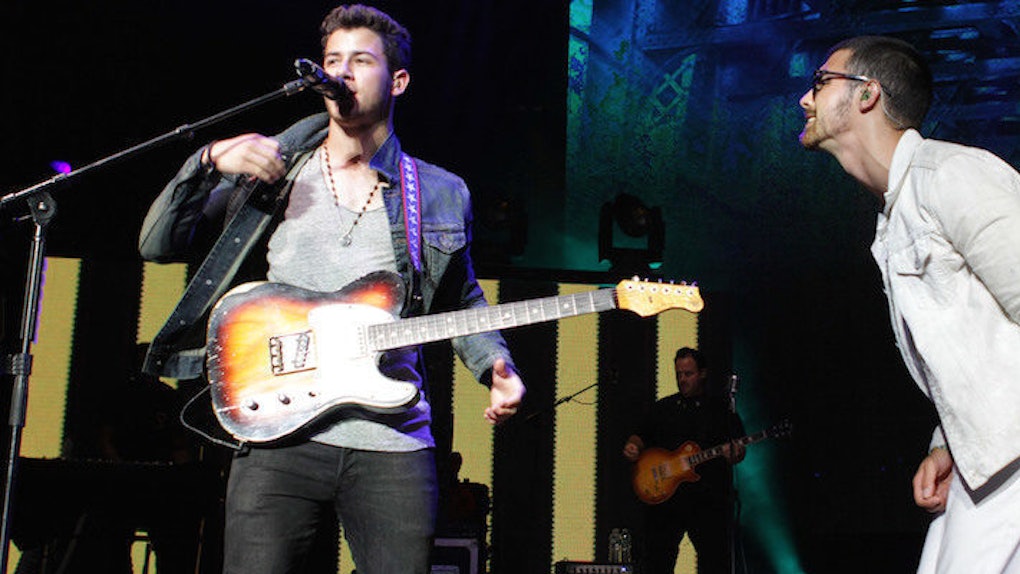 You know, when you ask for proof it insults the entire concept of the Jonas Brothers being hawrd renegades now, but I don't leave home without the receipts, so buckle your asses up for some fresh rebellion.

The brothers prepped for Sunday night's MTV VMAs ceremony with a bunch of totally badass behavior that screams,

We're Nick and Joe, and we just don't give a care!

Kiss our hineys -- if you're cool with it! If not, don't worry about it! *gentle chest bump*

Joe took a break from hanging with his band, Best New Artist nominee DNCE, to get an arrow tattooed above his left elbow. HAWRD!

Nick got the same tattoo above his right elbow, pointing in the opposite direction. HAWRD!

He also got his facial hair cleaned up. TIDY HAWRD!