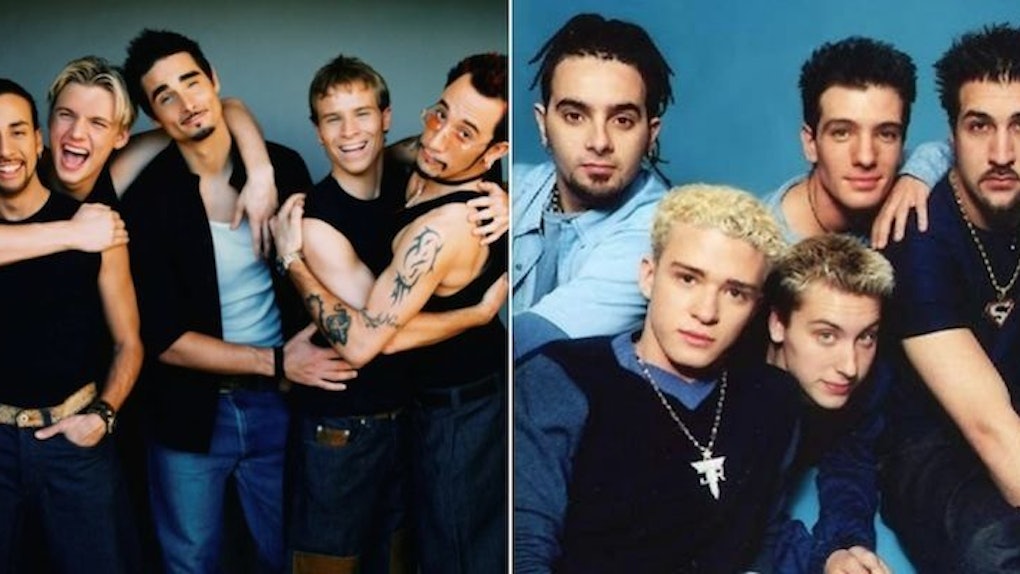 Back in the 90s, you were either loyal to Backstreet Boys or 'N SYNC, and this fueled the alleged rivalry between the two boy bands.

While these groups have been out of the public eye for some time now, it's still hard to picture the two bands joining forces.

However, that's just what's happening now: Nick Carter of Backstreet Boys is writing, directing and starring in a movie for SyFy that'll feature his bandmate AJ McLean and Joey Fatone from 'N SYNC.

The movie, titled “Dead Seven,” will be a Western zombie movie featuring Carter and Fatone as the protagonists and McLean as one of the bad guys.

Luckily, the creators of "Sharknado" are playing a huge hand in the making of this movie. It's probably because they're the only people qualified to deal with something both ridiculous and incredible.

Apparently, this movie is patching up some old wounds between the two boy bands, too.

In fact, Carter told BuzzFeed the rivalry was "all contrived” for the media, and Fatone said they previously stayed away from each other for "no legitimate reason.”

Although it's kind of disappointing we all felt like we had to choose one or the other back in the day, seeing the boys come together now is heartwarming for any 90s kid.

Currently, only these three members are confirmed participants. Keep your fingers crossed for Justin Timberlake to join this project.

Citations: N Sync and Backstreet Boys are Killing Off Their 90s Rivalry with a Western Zombie Movie (Mashable)