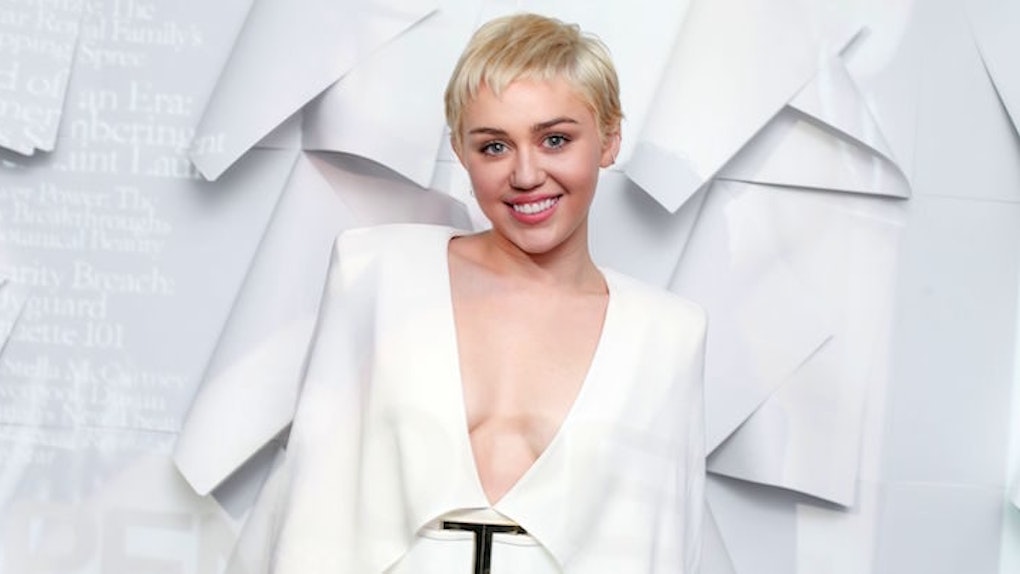 A new spread in Elle magazine has Miley Cyrus looking like a breathtaking bride at a bathroom wedding and spewing some woke words all over her toilet paper dress.

In the October issue, Miley explains why she'll never set foot on another red carpet.

The 23-year-old told the magazine,

[A year ago] I had to do the ['Very Murray Christmas'] premiere, and I will never do a red carpet again… Why, when people are starving, am I on a carpet that's red? Because I'm 'important'? Because I'm 'famous'? That's not how I roll. It's like a skit — it's like 'Zoolander.'

YAS, MILEY. It doesn't matter if you're a pop star or a pauper. We are all the same. There's always gonna be another mountain. We're always gonna wanna make it move.

Miley also touched on how her recent role in Woody Allen's Amazon series “Crisis in Six Scenes” reignited her passion for philanthropy.

The new “The Voice” judge shared,

I'm playing this '60s revolutionary. Woody plays someone who grew up in the suburbs of New York. He's got an ice cream machine, and I'm like, people are starving and you're sitting here making ice cream?! That's my thing [in real life]. For a long time, I couldn't sleep because I just felt so guilty… I was covered in rashes because I was so stressed. Even today, I dropped my water on my hike and felt like such an asshole. There are children being sold into sex slavery; how can I go on a hike right now? So now I try to do as much as I can through [my foundation] Happy Hippie.

TELL IT, MILEY. Whether we're working with Woody Allen or struggling to make it through every day, there's always gonna be an uphill battle.

Sometimes we're gonna have to lose.

It ain't about how fast we get there.

It ain't about what's waitin' on the other si-i-i-ide.