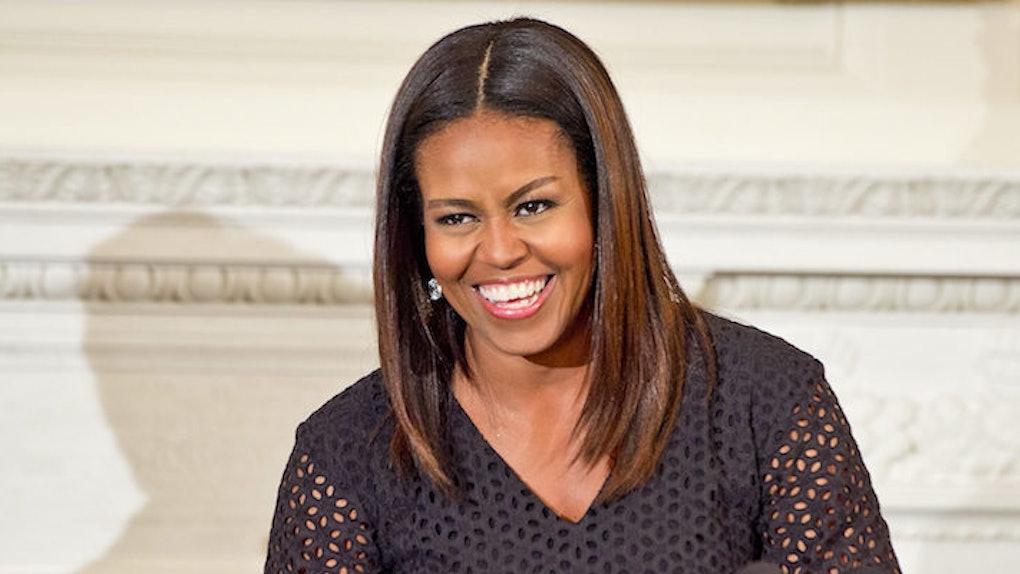 Michelle Obama Said No To 'The Simpsons' With Funny Note

Few can master the subtle two-word turn down.

"Get lost," "beat it" and "I'm pregnant" are great ways to make any undesirable book it away from you fast.

Well, Michelle Obama just beat all of us with this pithy rejection that proves brevity is indeed the soul of wit. Polonius, you were so dang right, boo!

Co-creator of "The Simpsons" James L. Brooks heard First Lady Michelle Obama loved "The Mary Tyler Moore Show," a program Brooks also co-created, and he did what any of us would do.

He attempted to get Michelle to play the role of a lifetime on the animated series: herself.

However, Michelle turned him down in the most savage way possible and sent "The Simpson" team a very brief note.

We tried to get her on 'The Simpsons' and we couldn't. We finally got a note that said 'good try,' because we were so aggressive.

Too aggressive? Yeah, that's going to be a hard swipe to the left for Mrs. O.

I'm going to start using the phrase "good try" in everyday use.

You want me to pick you up from the airport? Good try. You're asking me if I have a moment for your lord and savior? Good try.

"The Simpsons" went ahead with their portrayal of Michelle Obama, but had Angela Bassett voice the part for an episode that has FLOTUS comforting Lisa by telling her that being an overachiever isn't wrong.

Citations: Michelle Obama Turned Down a Role on The Simpsons With a Truly Hilarious Note (Time)