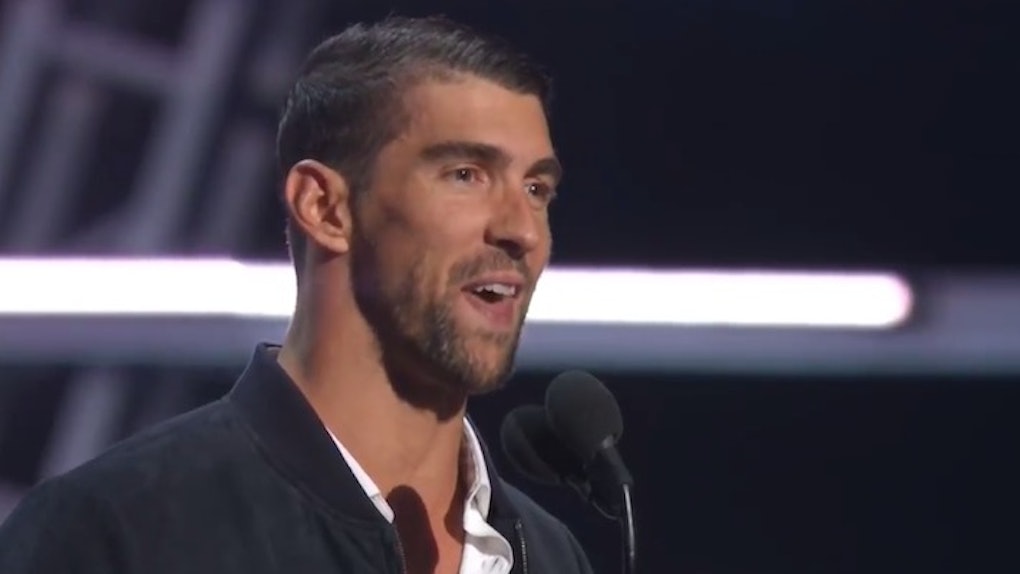 Now that the Olympics are over, Michael Phelps is changing his profession from your mom's favorite swimmer to your dad's favorite comedian.

Sunday night, Phelps introduced Future as a performer at the 2016 MTV VMAs and really embraced his new role as a father with some bad jokes and embarrassing knowledge of rap music.

Phelps began his speech by expressing his deep love for hip-hop and how it's affected his life and everyone was like, "Uh, lol, sure? If you say so?"

He went on to call Future inspiring and talk about how he listened to "Stick Talk" when he made the infamous "Phelps Face" at the Olympics.

Then, he went on to announce Future would be singing his fave song. But Future took the stage and didn't.... because Phelps is a dad who knows as much about rap culture as he does about good sportsmanship.

Phelps continued with an epically delivered joke that would probably have been rejected by Jerry Seinfeld in the early '90s. Right before Future took the stage, Phelps said,

I might have all the gold, but this guy's got all the platinum.

Nailed it! Keep doing you, Phelps. Boomer is already rolling his eyes.