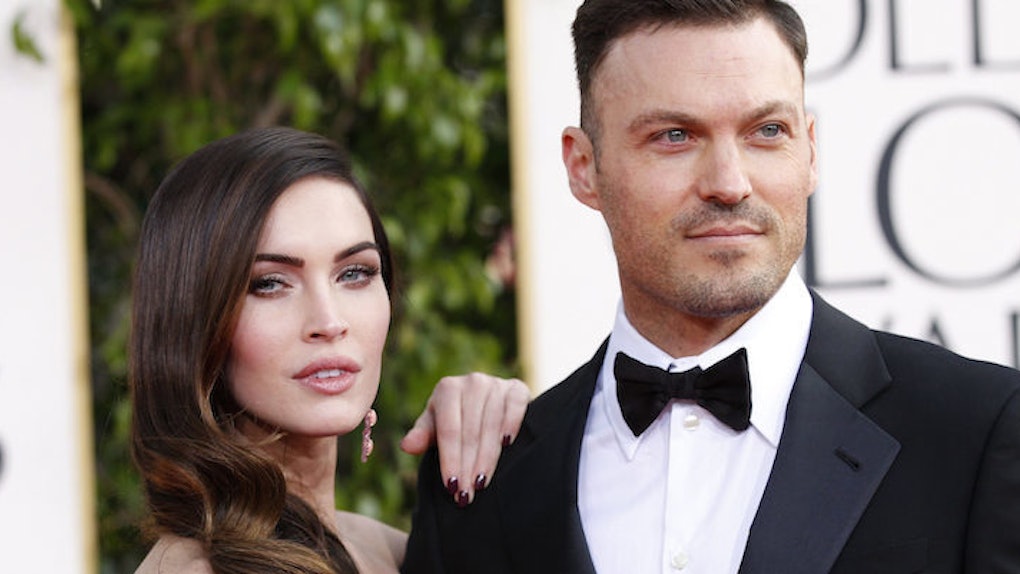 Looks like it's a hat trick for Megan Fox and husband Brian Austin Green!

On August 4, Megan gave birth to her third child, a baby boy by the name of Journey River Green. Any newborn who shares the name of the band Journey is destined for greatness, says I!

I bet the married couple can't wait until all three of their boys are in their teens at the exact same time!

Just kidding, Megan and Brian definitely can wait. Teenage boys are the worst... unless they're the kids from "Stranger Things," or teenage boys in Ninja Turtle-form.

You know what? I take it back -- get excited, Megan! Bring it on, puberty!

While Megan had previously filed for divorce from Brian back in 2015, the pair has since reconciled.

Just as Optimus Prime changes from a truck into a lethal transformer, Megan and Brian's love has grown stronger and is now more than meets the eye... and the heart.

In fact, around the time that Megan's recent pregnancy became public, an insider optimistically stated,

Brian and Megan have been working on themselves as individuals and things have gotten better between them as a couple. They have been getting along great. They are best friends and know each other very well.

The course of true love never did run smooth, but it seems to have finally evened out for this couple. Oh, Shakespeare, you just get relationships!

The source also said the legal split that had loomed over the pair's relationship wasn't going to happen "anytime soon."

Congrats, you two love birds! Enjoy all the hijinks that come with living with three oh-so-very young children!