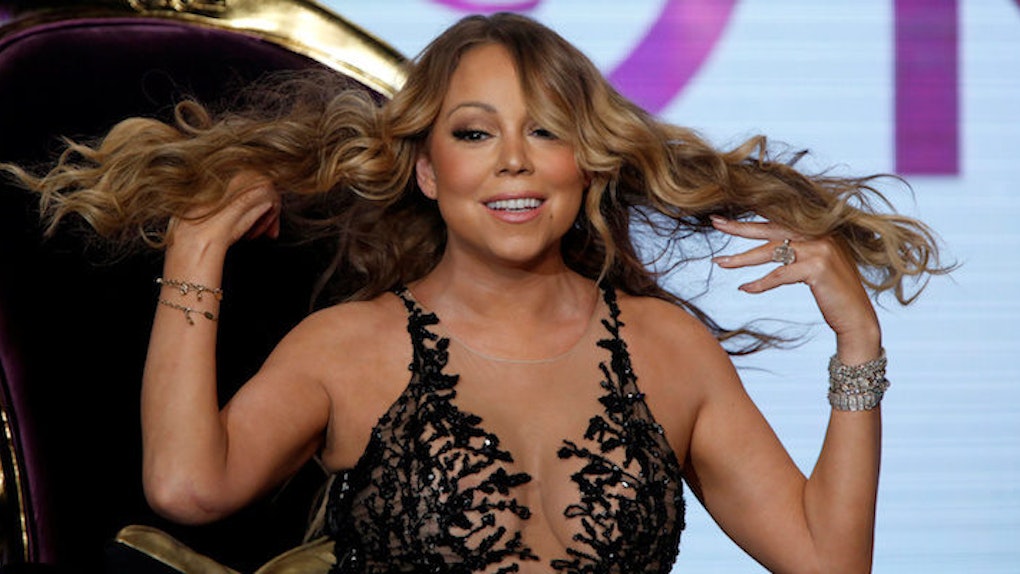 Mariah Carey's New MAC Line Is Here And It's SO Mariah

On December 8, you can feel just a little more like a diva when you purchase the new, incredibly shiny silver glitter-encrusted MAC collection by Mariah Carey.

I mean, we all know how much Mariah Carey loves her glitter...

Carey has just announced that she, along with her partner MAC, will be releasing the line just before the holiday season!

What started as one lipstick has become a 23-piece set that includes bronze highlighter, which features a caricature of Carey's face, butterfly-imprinted lipsticks (naturally), two brushes, two sets of fake eyelashes, two eye shadow palettes and so much more.

Online sales of the products will start on December 8 while you can pick up the collection in stores on December 15.

But it will only be available until January 26, if it lasts on shelves that long; The collection will probably sell out well before that.

Before partnering up with the "All I Want For Christmas Is You" singer, MAC released a Selena Quintanilla-inspired collection and collaborated with Taraji P. Henson.

If you're wondering just what types of shades she chose, you can expect neutrals for the eyes and lips. In fact, red just isn't her style at all.

When she launched her first lipstick, "All I Want," she admitted,

On other people, I envy when they can wear a red lip, but every time somebody puts red lipstick on me it's a disaster.

We're so thankful that MAC chose to release this holiday collection with the elusive chanteuse and even more thankful they gave it so much bling.

It's nothing weird. It's just the name of the all-over body sparkle. I would never do that to Mrs. Claus -- I am not a home-wrecker.