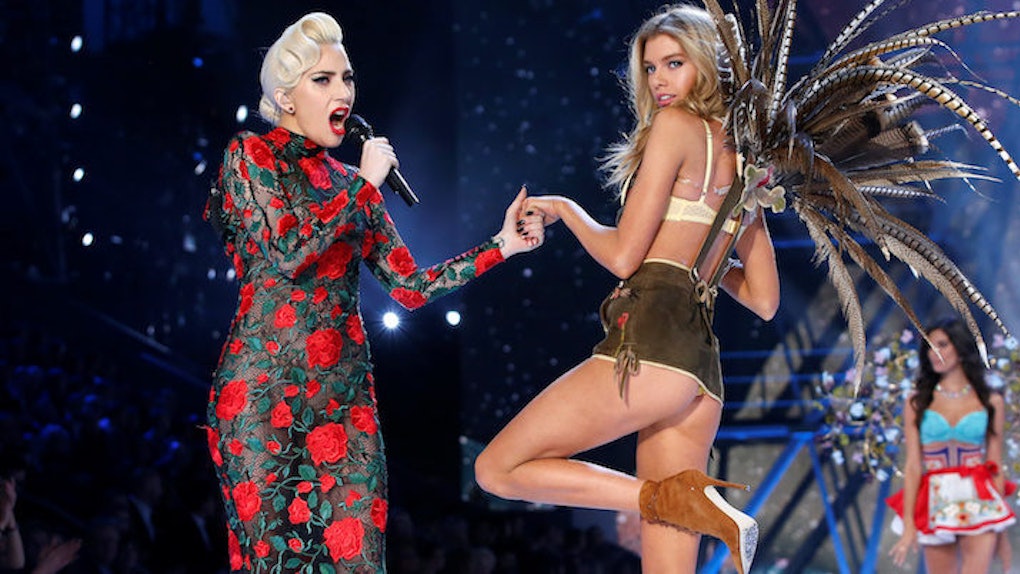 Yo, Gigi and Kendall, I'mma let you finish, but Lady Gaga had the best Victoria's Secret Fashion Show runway walk of all time.

During the 2016 Victoria's Secret Fashion Show, which aired Monday night on CBS, Lady Gaga performed several songs off her most recent album, Joanne.

Obviously, because she's Gaga, she slayed every single performance, but one performance in particular stood out in the slayage.

That's because while she was singing her new song "John Wayne," Lady Gaga did a twirl and, suddenly, MAGICALLY SPROUTED WINGS OUT OF HER BACK!

If you need proof Gaga is a living, breathing angel, well, here it is right in front of you.

She knows. SHE KNOWS.

Lady Gaga may not be an official Victoria Secret's Angel, but she's definitely earned those wings.

Plus, Gigi Hadid and Kendall Jenner got them, and they certainly aren't Angels. So if we're just handing 'em out anyway...

Twitter couldn't even handle the level of slay Gaga was serving out on that Paris runway.

I mean, Gaga did that, ya know?

Chels, between you and me, I was screaming when she started strutting, too.

And hey, I don't want to take away from Gaga's kick-ass vocals and stage presence, either.

She absolutely killed it singing "Million Reasons," at the opening of the show, in a gorgeous floral lacy dress.

And before we got to all that wing sprouting stuff, she killed it on her song "A-Yo," too.

And none for Kendall Jenner, bye!