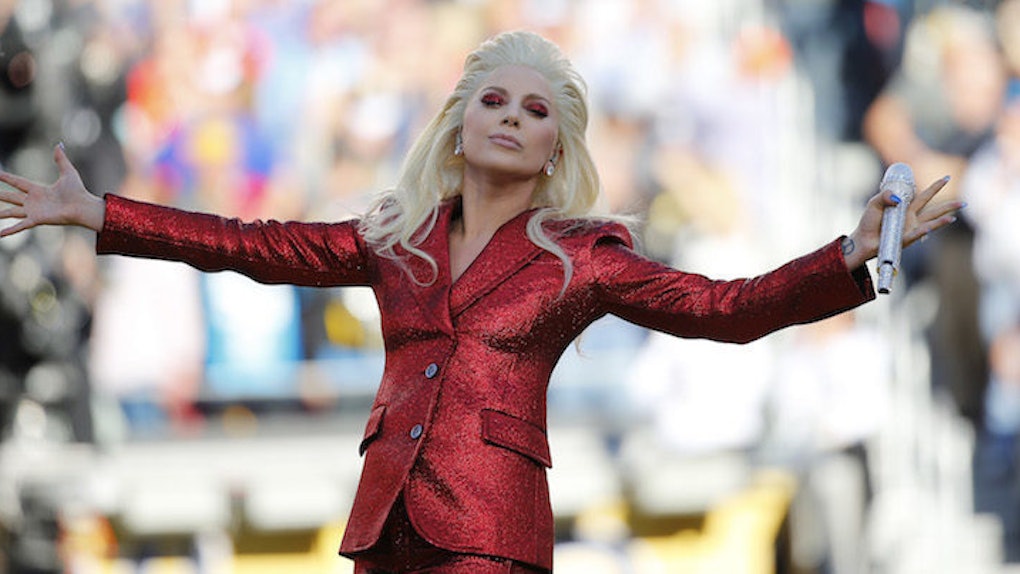 Lady Gaga Is Being Considered To Headline The Super Bowl

Nothing has been confirmed yet but there are a bunch of rumors swirling around that claim that Lady Gaga, who CRUSHED the National Anthem at last year's Super Bowl, could be set to headline this year's Super Bowl halftime show.

If true, football is set for one massive sparkly meat suit makeover on February 5 at the NRG Stadium in Houston.

The report is coming from Billboard who says the “Perfect Illusion” singer is currently in the middle of negotiations with the NFL to perform during their big day.

Whoa! Hold up. Before you get too excited, you should know that a rep from the NFL is denying claims that anything is official, saying,

We have had conversations with several fantastic artists about the Pepsi Super Bowl Halftime Show. However, at this point we do not have a final decision. We're happy there is so much excitement about the show.

The Internet is kind of confused over how to feel about this new development.