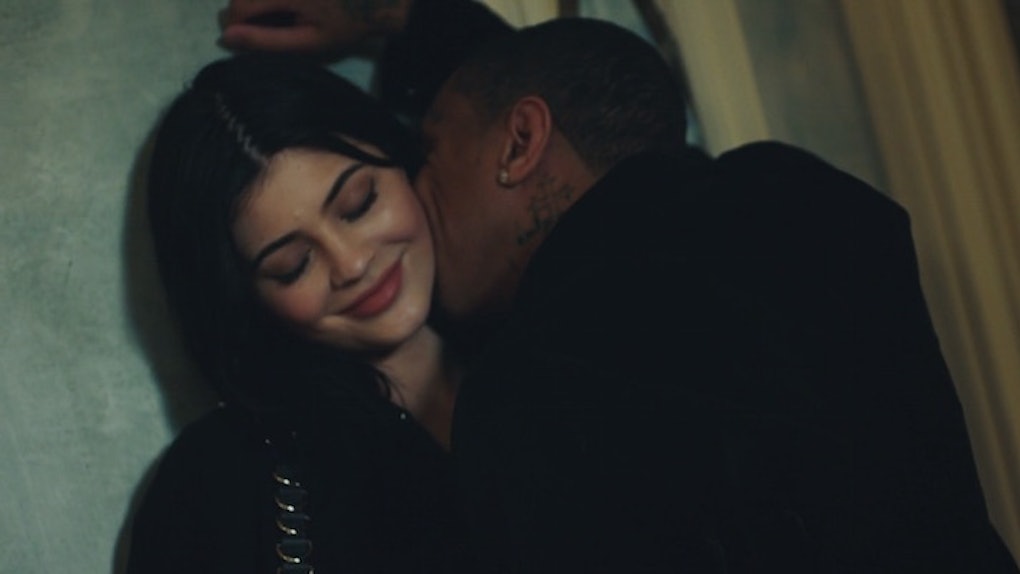 The 19-year-old reality star and 26-year-old rapper pack on the PDA in a new ad to promote Wang's Fall 2016 collection and it's hot AF.

In the video, Tyga rolls up to this house party with his girl and he immediately goes ham on her neck.

DO NOT WATCH THIS WITH YOUR PARENTS, IT WILL BE AN AWKWARD EXPERIENCE FOR EVERYONE.

You see what I mean? Tyga made sweet love to Kylie's neck for, like, a full 20 seconds. He's really going at her, huh?

Kid must have skipped breakfast.

Then the camera flashed to different parts of the party where we could see people dancing and going crazy.

At one point, Tyga was just chilling in a bathtub watching Kylie Jenner dance all sexy with model Anna Ewers.

Bathtub Tyga is my new favorite Tyga. Look at him all happy in his pink little shirt.

Alexander Wang also teased fans with some polaroid photos of the campaign crew. Stars including Tinashe, Skrillex, A$AP Ferg and Big Sean will be featured in the ads as well.

That's a pretty stacked cast if you ask me. Good shit, Wang.

He also posted individual pics of the celebs on his Instagram. Look at Kylie, the girl doesn't mess around.

What a badass couple.

The last time we saw Kylie Jenner and Tyga "act" together, it was for his music video "Dope'd Up."

Yeah, remember this? They went to this haunted house and Kylie turned into a zombie but it ended up just being a "bad dream."

You can check out Alexander Wang's full collection on his website and see another hysterical photo of Tyga in a bathtub.

I love this guy so much.