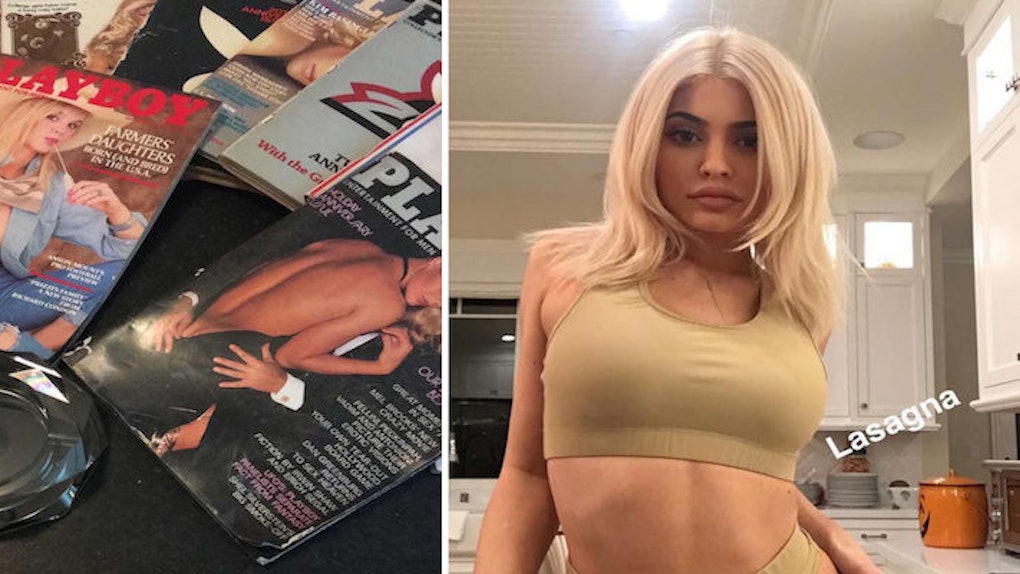 Kylie Jenner Has A 'Boys' Room' With Playboy Magazines

Kylie Jenner is probably the coolest girlfriend of all time.

Tyga is the luckiest man in the world.

Let's be real, he hasn't done much over the past few years aside from holding on LIKE HELL to the Kardashian Koattails he's got his hands on.

Like a next generation Scott Disick, his popularity and relevance is attributed almost solely to the fact someone in the Kardashian family has a big ol' boner for him.

If you want to get super jealous, you should watch Kylie's Snapchat story from a day ago when she gave us a tour of her house, which culminated in a borderline NSFW tour of her "boys' room."

The story started off fairly innocent with her showing off a few pieces of art that sit in her house.

SCREW THAT ART, THOUGH! Here is some NEWER art she got.

We then took a quick stop over to a bookshelf where she showed us her silver dog statues.

These puppies serve as a memorial to all of her other fallen dogs -- I'm assuming.

Speaking of dogs, here is Norman, who is still alive.

It's amazing Kylie can afford both silver and dog-skin-covered dogs.

The real question, though, is how does Kylie break a mental sweat?

This quick look into Kylie's library is both hilariously on brand and weirdly fascinating.

Why do Vogue, Marc Jacobs, Chanel and Louis Vuitton have books? What could possibly be in any of those books?!?

Kylie's coffee table collection is more on brand than her bookshelf.

If I'm not mistaken, she owns a laptop cover that is a pair of shiny boobs.

Last but not least, Kylie has a boys' room in her house, and apparently it's just stacked with nudie mags.

Citations: Kylie Jenner Has a Boys Room Stocked with Issues of Playboy in Her House (PEOPLE)