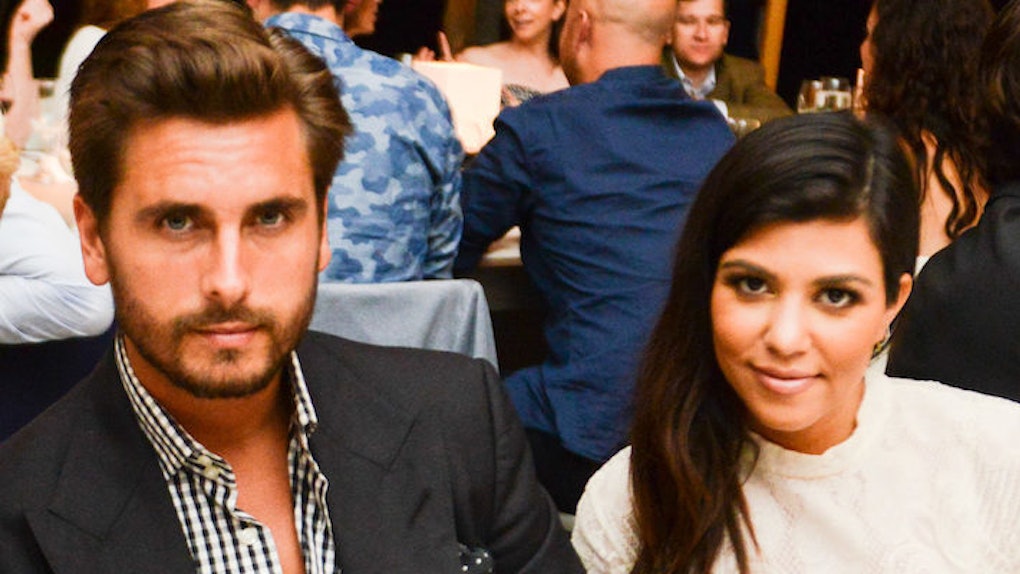 In a new clip from this Sunday's episode of "Keeping Up with the Kardashians," Kourtney K admits she regrets lashing out at her brother, Rob Kardashian.

The whole thing started when Blac Chyna rolled out some new ChyMojis. Kourtney thought one of them looked like an emoji-version of Kylie Jenner getting slapped.

Angry at the potential shade, Kourtney called up Rob to give him a piece of her mind about his fiancée's behavior.

Rob did not respond well. According to Kourt, he threatened to "tell everybody how [he has] the worst, most unsupportive, disgusting family."

Yikes. Well luckily, it sounds like Kim convinced Kourtney to cool it, a little.  Kim told her sister,

I feel like this is so ridiculous, and I think we all just need to, like, get over it.

Kourtney seemed to take the advice to heart, and admitted she knows how it feels to have a partner people don't like. She said,

Well, even I know what it's like to be having your first baby, and people not being supportive. It took, like, years for people to like Scott.

The sisters decided to call Rob and make peace, but the clip cuts off.  I guess we'll have to tune in on Sunday to find out if it's all good in the hood.

Citations: Kourtney Kardashian Sympathizes With Rob After Huge Fight Over Blac Chyna: 'It Took Years For People to Like Scott' (Entertainment Tonight)