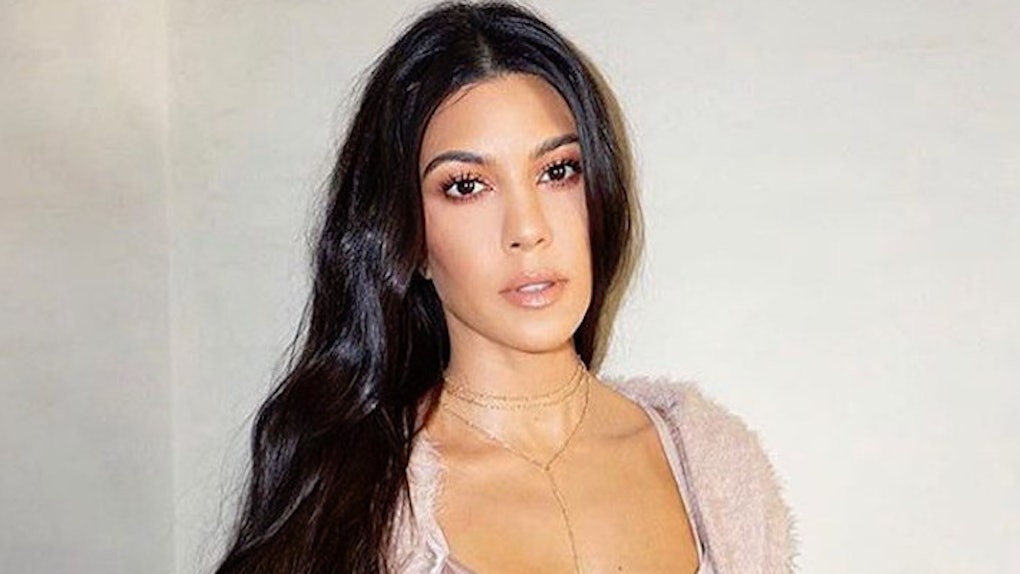 If you're suffering through the frigid winter temperatures somewhere right now, the last thing you'd probably want to know is Kourtney Kardashian is doing the complete opposite.

The 37-year-old star has been vacationing in Costa Rica, and she's got the sexy Snapchat photos to prove it. During a dip in the pool, Kourtney had a photo snapped of herself wearing ZERO clothes (while you're probably wearing a coat).

Kourtney Kardashian shared a revealing photo of herself completely nude during a pool session in Costa Rica.

Prior to her late-night skinny-dip, Kourtney was seemingly preparing for a photo shoot while hanging out with her daughter Penelope.

It's safe to say Kourtney was not lonely on her most recent trip outside of the United States.

But wait, there's one more person who went along for the Costa Rica experience: Scott Disick!

According to DailyMail.com, Kourtney Kardashian and Scott Disick seemed to be getting along during their trip to Costa Rica despite the status of their on-and-off relationship.

They were seen enjoying helicopter rides and spending quality time with their family members. Maybe the constant dysfunction between them has finally faded away for good? Time will tell!

Overall, it looks like the Kardashian-Jenner squad is having a splendiferous time dodging snowflakes in Costa Rica.

Although, I find it incredibly hard to believe any of them would even consider leaving the Villa Manzu, which Kim Kardashian booked for her stay.

All I want to know is how much this vacation is going to total out to. Not only did most of the Kardashians venture out to the country's northerly Pacific Coast, but Kourtney also brought her entire glam squad with her. Ballin'.