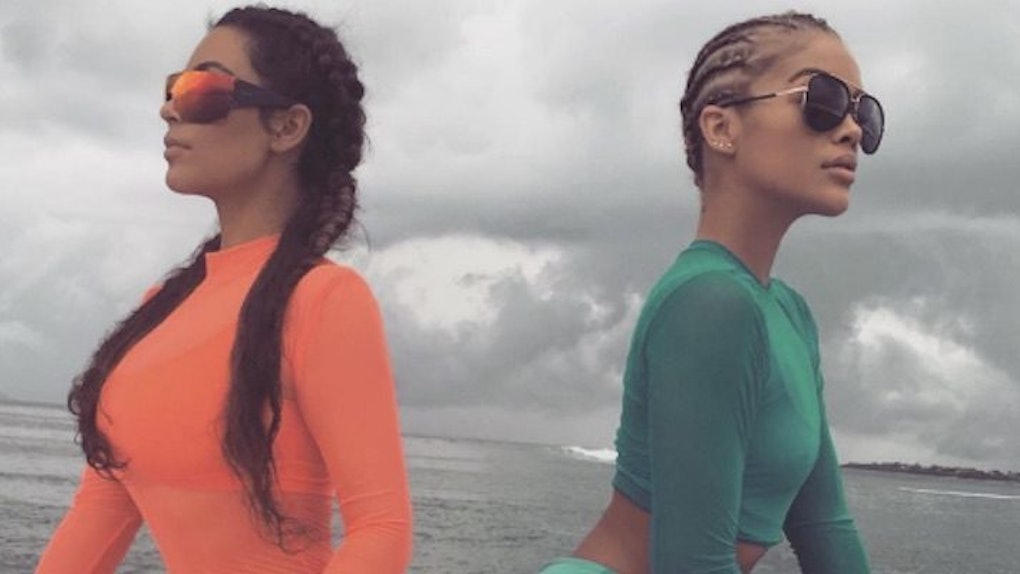 The pair lounged on a boat way nicer than the one your friend's stepdad let you drive for a second in middle school.

Kim also did a bunch of butt stuff I'll probably never be sexually confident enough to pull off but still totally support.

...before hopping on one herself.

Naturally, it isn't vacation without some sea siren extensions.

When Kimmy wasn't bonding with her girls over water sports, she spent some quality time with her babies.

Saint West looked so deliciously cute he frankly helped me understand why fairytale witches lure children to their forest homes to eat them like Thanksgiving turkeys.

Citations: Kim's still got her booty! Kardashian jiggles her curvy behind before slimmed-down star 'twerks and jetskis' with pal Read more: http://www.dailymail.co.uk/tvshowbiz/article-3748178/Kardashian-jiggles-curvy-slimmed-star-twerks-jetskis-pal.html#ixzz4HnYUzbh7 Follow us: @MailOnline on Twitter | DailyMail on Facebook (Daily Mail)