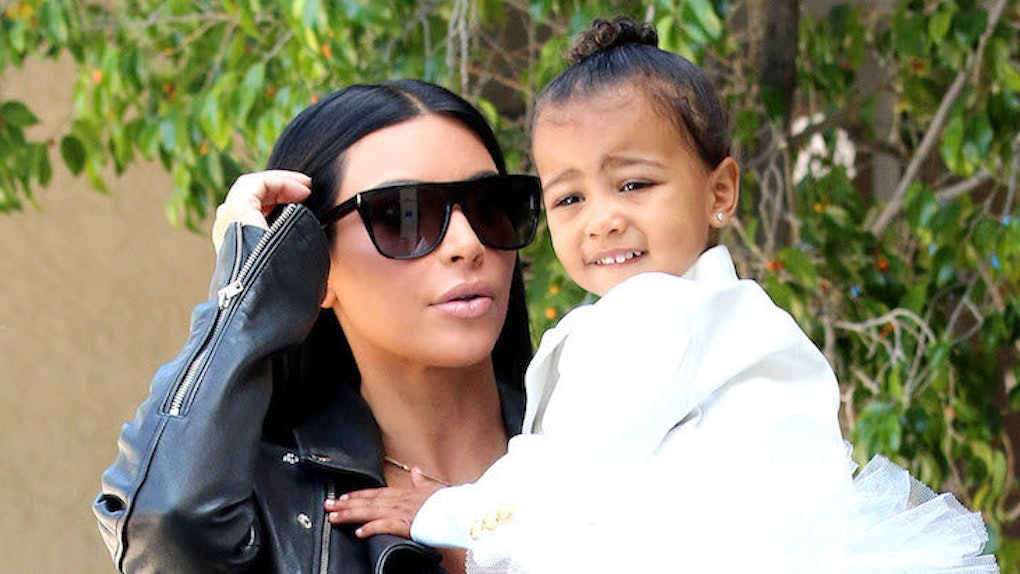 Look out, Donatella Versace, you might have some serious competition.  Well, maybe in a decade or so, but remain vigilant.

We all know that when it comes to the world of fashion, Kim Kardashian is one of its greatest icons. If I were a designer, I'd want her to be the one wearing my dress out and about.

Heck, I'd even settle for my dress to be worn while she was getting gas for her car.

Well, it looks like that passion for fashion runs in the family, because according to the "Keeping Up With The Kardashians" star, North West has started designing her own clothes.

You hear that, Anna Wintour? You're going to want to have an available Vogue cover soon for this young fashionista.

Kim took to Twitter to make a major reveal about the 3-year-old's penchant for creating truly some glamorous 'fits.

I personally cannot wait to see the line of dresses that I'm seriously hoping North will come out with one day.

Hey, maybe her little brother Saint can start his own Yeezy-like shoe line just like his dad!

You know what? On second thought, it might not be the best idea to suggest a child should make a sneaker.

Congrats, North! I know I speak for all of us when I say your future as a fashion designer is already looking bright.