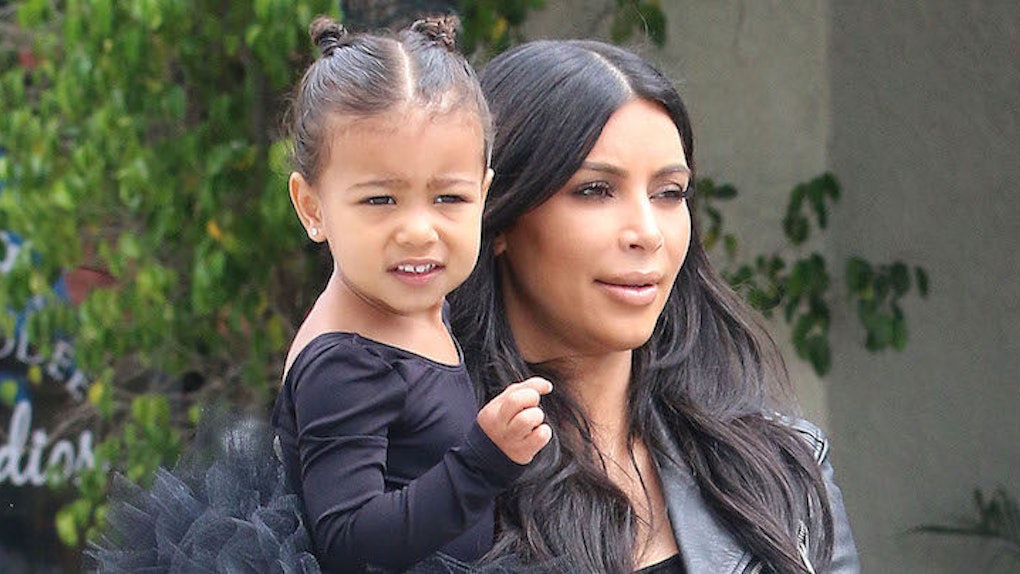 Kim Kardashian Is Already Training North West For The Olympics

While gearing up to watch the Olympics, Kim Kardashian may have just hinted at 3-year-old North West making a name for herself without taking the reality TV star route.

The 35-year-old star and momager-to-be is gearing up for the upcoming Olympic games in the best way -- and North West is joining the fun.

The video begins with Kim wishing 19-year-old Biles "the best of luck in the Olympics."

Simone Biles responded to Kim's heartfelt video with a tweet of her own thanking her and revealing she's a major North West fan.

@KimKardashian Thank You So Much!!! by the way I'm obsessed with North! So adorable — Simone Biles (@Simone_Biles) August 5, 2016

That's when Kim Kardashian revealed exactly how little North West just might make her mark when she gets older -- no, it has nothing to do with reality TV.

Boom -- just like that little North West is ALREADY better than all of us put together.

Don't be surprised when you see North cartwheeling out to the tune of "Famous" at the 2024 Olympic Games.

Hey, it's not impossible!

I mean, who else do you know that has Kim Kardashian and Kanye West as parents (aside from her brother Saint)?!

On top of having world-famous parents, the kid wears $10,000 winter coats and probably drinks out of a diamond-encrusted sippy cup.

She can literally do whatever she feels like doing.

We'll just have to wait and see what North's legacy will entail.

But I know one thing's for sure -- the 2016 Olympic Games in Rio are sure to inspire North West to strive for greatness and nothing less.