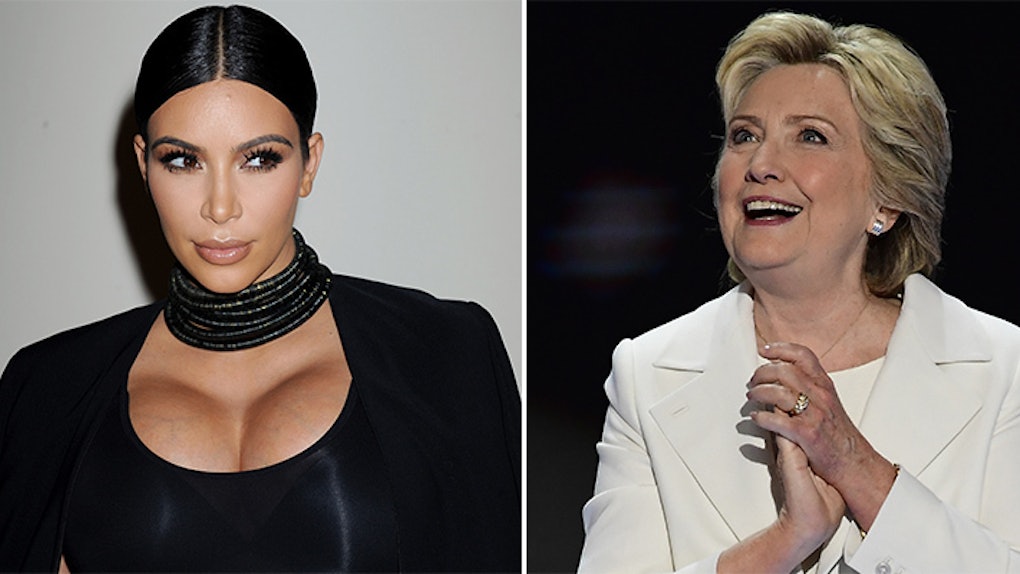 Do you think Kim Kardashian even cares about who's going to be the next president?

I mean, she basically runs her own little country with Kanye West as her First Yeezy — whoever comes into power isn't exactly going to have a huge impact on Kardashian life.

But still, the mother has caused an almighty drama about who she's going to vote for in November.

Kim's been having a hard time making up her mind. After a long discussion with Caitlyn, she said was was "on the fence."

In a recent interview with Wonderland magazine, Kim stated,

At first, I thought, 'Oh my God, I'm so Hillary [Clinton],' but I had a long political call with Caitlyn last night about why she's voting Trump. I'm on the fence.

But fear not. Turns out she wasn't completely brainwashed. Kim reassured she's on team Hillary with this tweet:

Where do you get Hillary playing cards? We want them.

There will be no love lost between Kim and Trump.

In a past interview with Yahoo! Politics, the 70-year-old real estate magnate was asked about his relationship with Kim. He said,

Well, look, she was so nice to me. I mean every time I see her she's just — I'm just going to say she was always nice to me.

Look at all the awful things they're doing to Melania [Trump], putting up the naked photos [of her]… I'll say to Kanye: 'Babe, you know the kind of photos they'd put up of me!'… I don't want to put words in his mouth, but I'm pretty sure [he would run for] the Democrats. Maybe independent? I don't know how serious he is about it. We'll see.

We want four years of Yeezy!