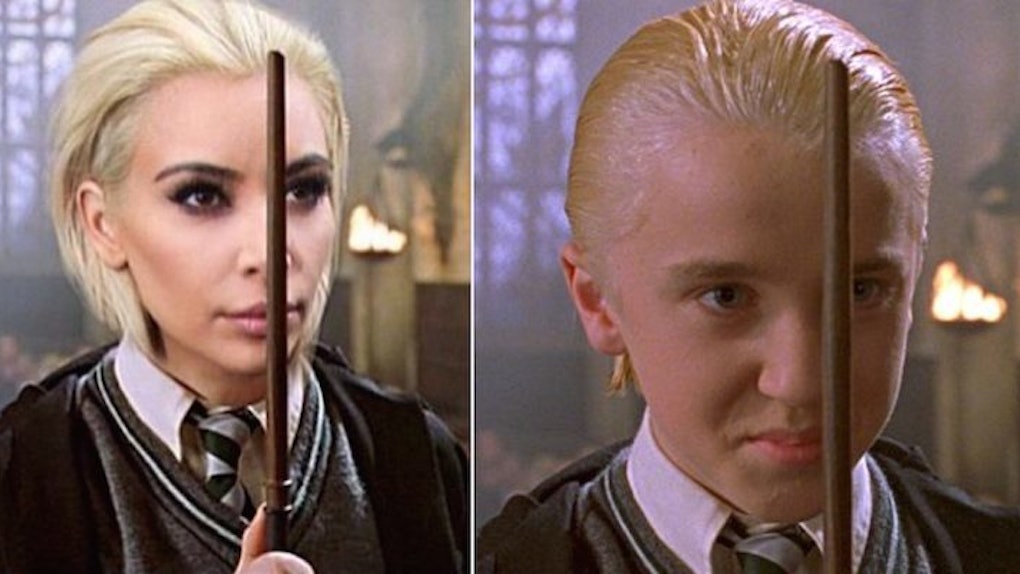 Yesterday, Kim Kardashian unveiled her new blonde hair for all the world to see.

It's a bold choice for Kim. It was so bold, it made people compare Kim to Draco Malfoy, the evil, blonde wizard from the "Harry Potter" series.

The actor who played Draco, Tom Felton, agreed with this sentiment and posted a photo of blonde Kim in his wizard's robes to his Instagram.

The photo had the caption:

So apparently Kanye has a Draco fetish....#muse.

Felton wasn't the only one to get in on the fun.

I guess blondes really do have more fun.