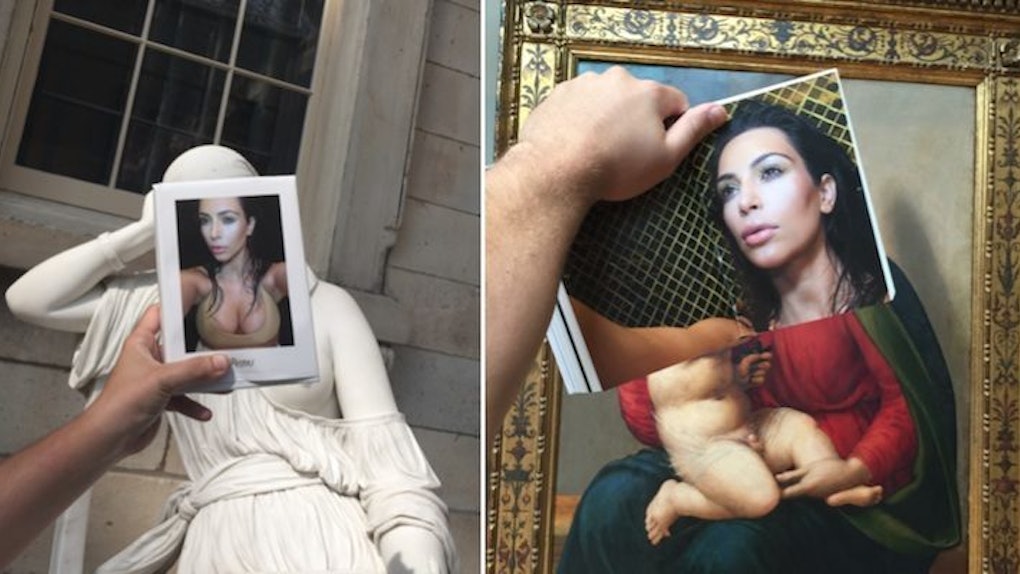 When you're at a museum, surrounded by classic works of art, the last thing you'd ever expect to see is a selfie of Kim Kardashian West.

However, thanks to the Internet, we came across a glorious collection of photos posted on a Tumblr account called Kim at the museum. And it's exactly what you think it is: a masterpiece!

In each photo, a person holds up Kim's "Selfish" in front of a classical art piece that never saw it coming.

The results? Well, it's not every day, or ever, that you see Kim Kardashian West featured in a Gustave Courbet piece. Just saying!

Check out the hilarious photos below for a closer look.

"The Source" by Gustave Courbet

"Madonna and Child" by Francesco Granacci

"Woman with a Parrot" by Gustave Courbet

"The Annunciation" by Hans Memling