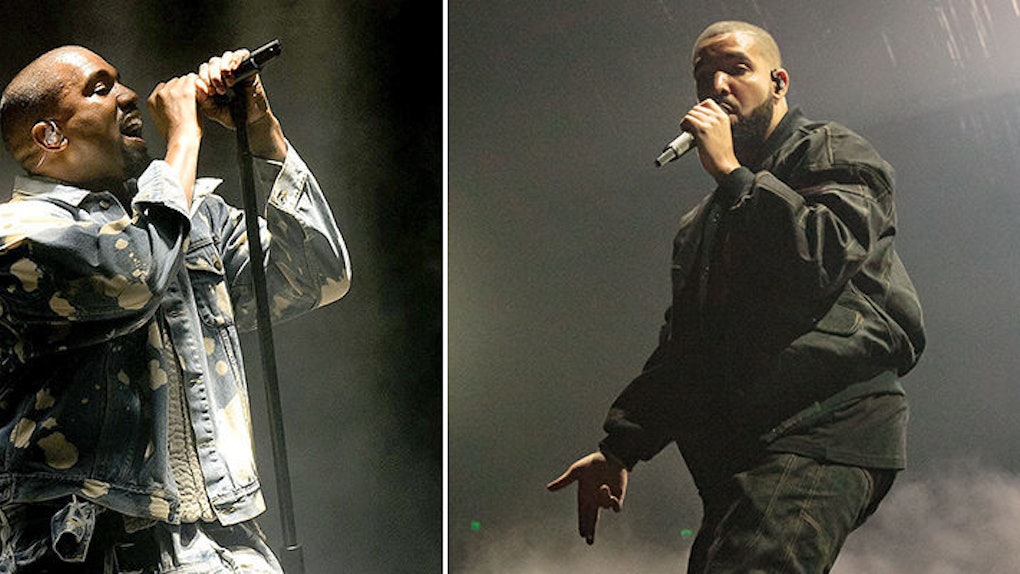 Let me start at the beginning.

On Wednesday afternoon, Kid Cudi went on a Twitter rant about the rappers and accused both men of being "fake."

He called out Kanye and Drake for not working with him and having other people write their lyrics. Damn, those are some vicious claims. Kid Cudi is not fucking around.

Keep in mind this is all happening around noon. I don't know about you, but I only subtweet when it's like 11 pm on a Saturday night. KID IS PISSED.

KANYE WEST AND DRAKE, ARE YOU GUYS LISTENING OR WHAT?

Shots fired. It's unclear what started the rant, but whatever. I'm enjoying it.

AHHHHHHH. THIS IS TOO MUCH.

These tweets should be printed into middle school history textbooks and shown across America.

I love it all.

Kid Cudi ended the rant with some flower and heart emojis because "peace and love," you know?

STOP CRYING, it doesn't end there. Kanye West and Drake both responded to Kid Cudi's accusations, and things got heated.

LOLOL, I'm serious. Kanye called him out while performing in Tampa, and it's BRUTAL.

If you didn't catch all that, he basically tells Kid Cudi to "respect the god!" Got it, duly noted.

Then Drake called out Kid Cudi during his performance in Oakland, and the crowd went wild.

I feel like Kanye, Drake and Kid Cudi just need to hug it out and move on. Can't we all just get along?

All right, guess not.