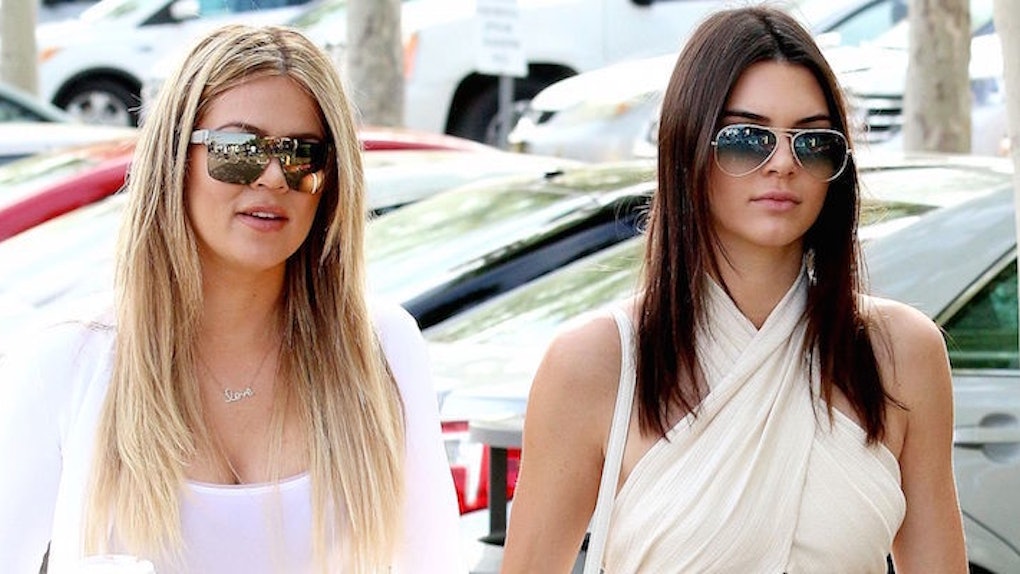 The Kardashians aren't all drama, brothel cocaine overdoses and gunpoint robberies in Paris. Sometimes, they're a normal family just like any of ours.

The proof is this adorable video Khloé Kardashian posted on Instagram for Kendall Jenner in celebration of her 21st birthday.

The short clip, shot in a nostalgic black-and-white film reel filter, shows Khloé opening a door to reveal her little sister who jumps on her.

She posted it along with the caption,

I'll always be in love with this video! Happy birthday sister!!! 21 years old already. why?!?!

It's already been viewed nearly 2 million times and makes us want to grab our nearest sibling and hold them tight. Too bad if you're an only child. That really sucks for you.

That cheesy backing track you need in your life immediately is "New Soul" by Yael Naim.

Not all Kendall's sisters were getting on board with the nostalgia, though. Kylie Jenner posted a "celebratory" Instagram post of her getting out of a car and making her way to Kendall's birthday party. No pic of Kendall, no birthday wish, no nothing. Just pure Kylie.

The youngest siblings are always the worst.

Kendall's own birthday message was a bit more cryptic. She posted an image with the words, "I bought myself a groovy nightdress" with the caption "21 21."

There was no public message from older sister Kim Kardashian, who has maintained Instagram silence since she was robbed at gunpoint in a Paris hotel room.

Investigators continue to piece together what happened after masked men gained entry to her room, tied her up and locked her in the bathroom as they nabbed jewelry worth millions of dollars.

One piece, a cross necklace, was found on a sidewalk near the hotel and is believed to have been dropped by one of the robbers as they fled the scene.

It is hoped this will provide DNA evidence.