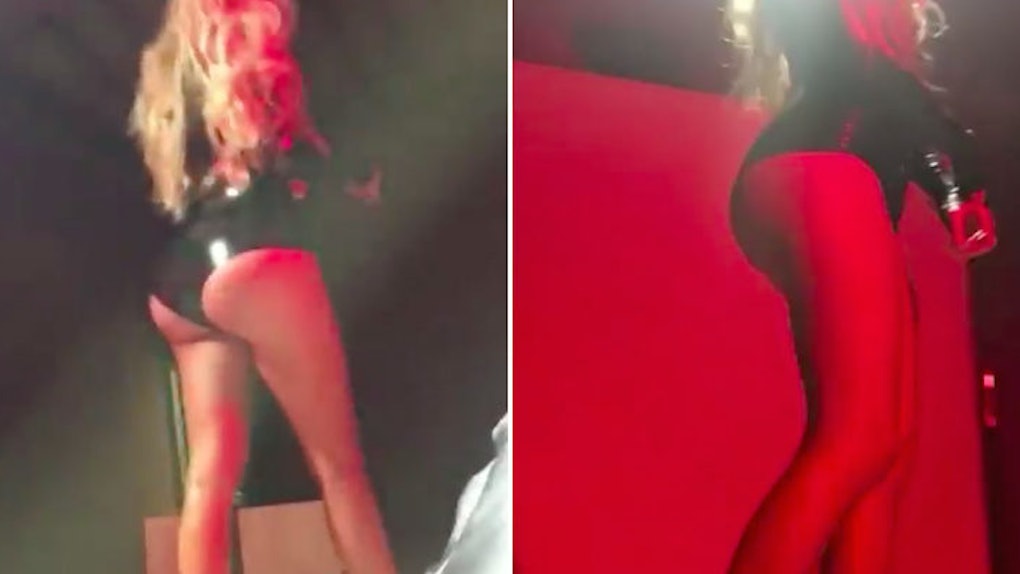 If there is one thing America has over Germany, it's the Kardashians.

Hell, they can even have the word "Kindergarten." (That's a German word, right? It feels SUPER German-ish to me. Plus, the idea of someone referring to a school as "a garden full of children" seems creepy, aka German.)

They will never have the Kardashians. That family is an American *cough* Armenian *cough* treasure, and the rest of the world can borrow them whenever we're OK with it.

We wouldn't just lend out the Liberty Bell or the Grand Canyon any time any other country asks. The Kardashians fall under that same category, and I'll fight anyone who says otherwise.

This is one of those times when we're OK with lending one of them out.

The footage above comes from a recent photo shoot where GQ Germany borrowed Khloé from America for a few pics.

If you had trouble visualizing what the concept of a "Revenge Body" looks like, these photos should give you a pretty good idea.

Khloé's spread will be featured in an upcoming GQ Germany issue with Michael Fassbender on the cover page.

I assume he is on the cover page of 75 percent of GQ Germany issues. I've never seen anyone more comfortable than Michael Fassbender on the cover of this magazine.

If those four photos didn't "uter" your "sprokets," you should probably check out Khloé with a K's Instagram account.

Her current workout mindset is sooo inspirational that E! turned it into a TV show called "Revenge Body."

Are you done with Khloé, Germany? Good. BACK TO AMERICA WHERE SHE RIGHTFULLY BELONGS!