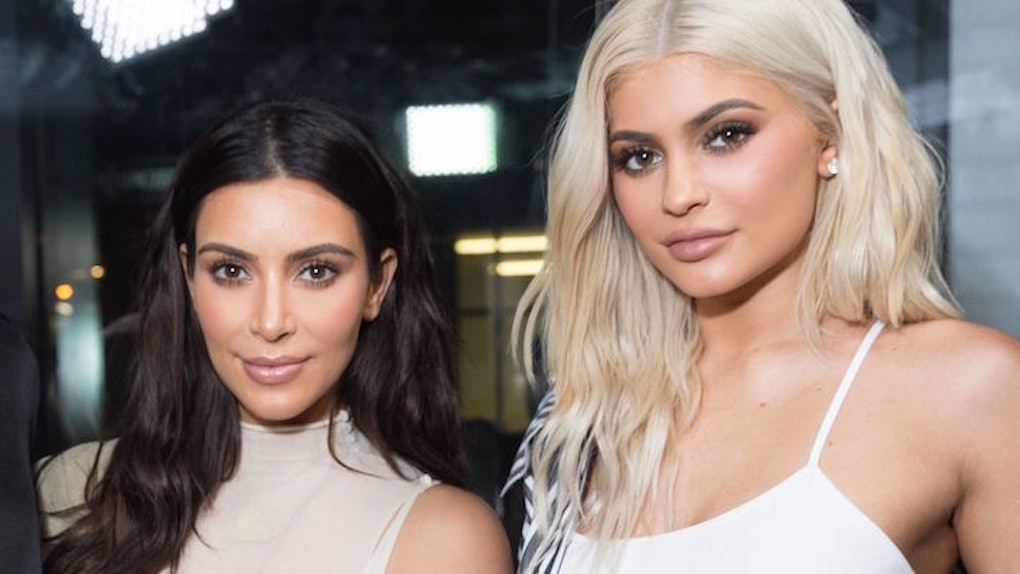 Khloé Kardashian On Kim And Kylie Jenner Working Out

When it comes to staying in shape, most of us are Khloés.

If we want to look and feel our bomb-est AF-est, we need to put in the time and the sweat getting ourselves there.

As we struggle away in our pilates mat classes, wondering whether we're getting super sexy or permanently damaging our spinal columns, we all have one friend who doesn't show up half the time because, for her, it's ultimately non-essential.

Kim Kardashian West and Kylie Jenner are that friend.

On her app, Koko told subscribers Kourtney Kardashian is her “main bitch when it comes to exercise partners,” insisting “she'll try everything and do her best without complaining.”

Kendall Jenner is another ace workout buddy for Khloé, who claimed the model is “a really good fitness partner because she's super athletic,” though “she has her dad's [Olympic gold medalist Caitlyn Jenner] body so it doesn't take a lot for her to get in shape.”

The 32-year-old said her younger sister “doesn't do a ton of cardio but she does weights” and stays “really quiet when she works out.”

Kim and Kylie, contrarily, don't feel the same sense of urgency or focus when gym time rolls around, regardless of being in impossibly amazing shape.

Kim has the best body but she doesn't work out a lot, so it's just like a half-ass weird thing when we're exercising together… We'll literally both be on treadmills and I'm sprinting and she's texting next to me. Also she doesn't sweat, she just glistens!

Infuriating as that sounds, don't assume for one second Kimmy didn't bust her ass to get apocalypse-movie-level toned following the birth of her son, Saint West, last December.

Save your petty rage for Kylie, who Khloé said “doesn't really work out.”

[Kylie] did come with Kourt and me one time, when [our personal trainer] Don was training us… Don does four quarters in each session and Kylie only stayed for one quarter.

Let us not forget Kylie is still just 19 years old. If humans were fruit, there'd still be green on that nanner.

Once, when I was 19, I routinely followed another girl's suggestion I put Cool Ranch Doritos and cream cheese on my bagels and I was still able to climb stairs without collapsing like a dying star.

Now, I'm still in my 20s, and yet my body's ability to manage that kind of behavior is dead/RIP/finished/goodnight sister. Sadly, I don't have Khloé Kardashian to whip my ass into fighting form.

When it becomes a necessity for Ky to work the F out to stay healthy, she'll have one hell of a team on her side.