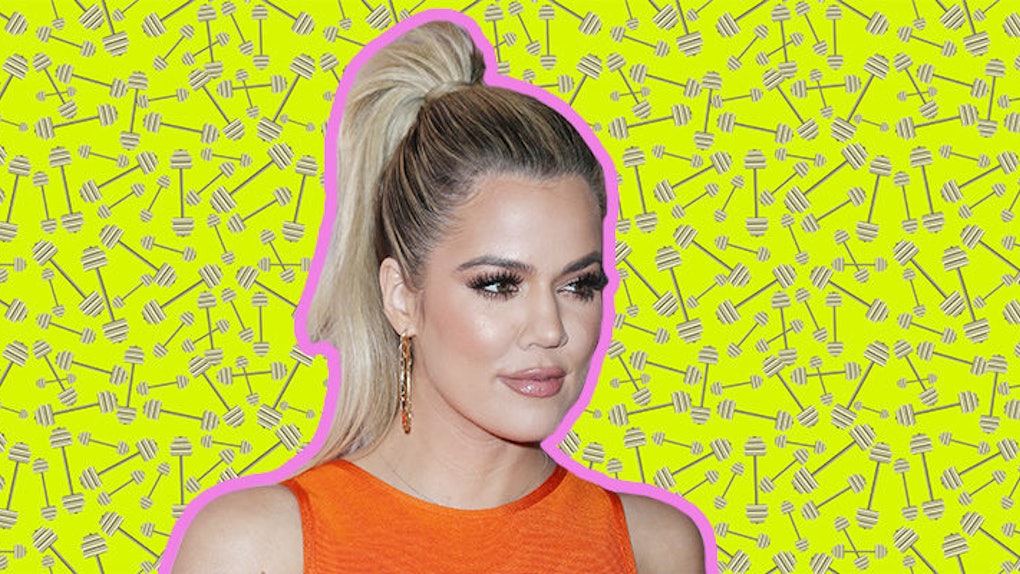 Khloé Kardashian Is Working On Selling A Fitness Kit, According To Kim K

Khloé Kardashian and her fitness witch (she probably has one of those) have harnessed the power of weight loss and will soon be releasing it in an easy-to-use kit.

No joke, Khloé's transformation over the past few years is nothing short of amazing. She looks amazing, she's dropped some weight, she resembles a brick muscle house and she's inspired hundreds of thousands of people in the process.

One of those people is her sister Kim, who revealed when it came time to shed those last few lbs of baby weight, she looked to Khloé for some help.

Khloé has this fitness emergency kit that she's made and created herself.

SHE'S HARNESSED THE POWER OF WEIGHT LOSS AND PUT IT INTO A PACKAGE!!!!!

It's a backpack full of these things and one of them is a sweat suit that she made that makes you sweat. And there's this workout band and these workout things. She literally dropped it off yesterday because I was like, 'I've gotta just lose these last five pounds,' so I'm just going to follow Khloé's lead.

The best part is, when asked whether Khloé would be retailing her backpack, Kim simply responded,