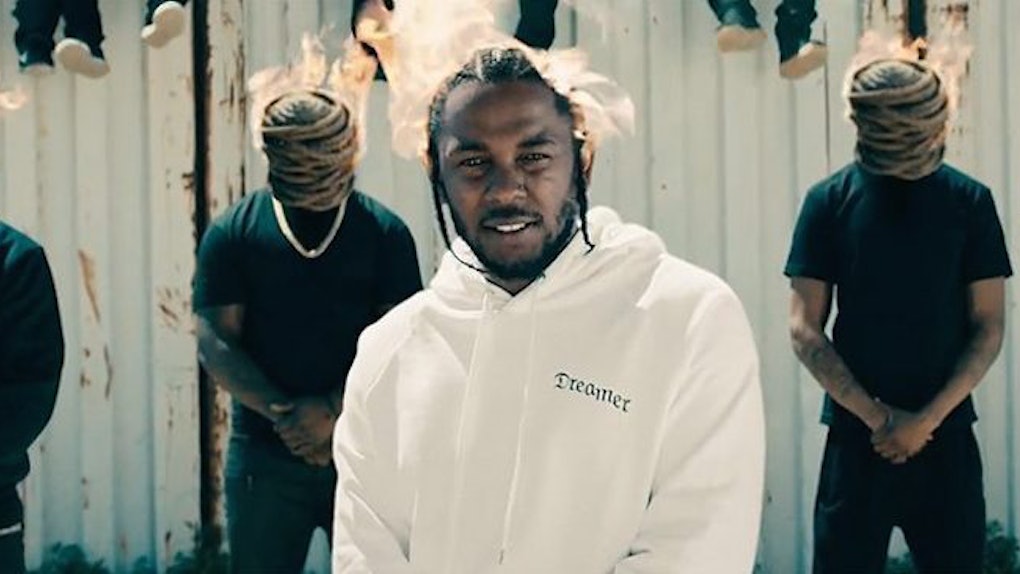 What a night, people! The 2017 VMAs have been packed with crazy and memorable moments, and Katy Perry's hosting definitely didn't disappoint. Keeping with the genderless category trend started by the MTV Movie & TV Awards, Ed Sheeran won the 2017 VMAs Artist of the Year. Sounds exciting, right? Wrong. Fans are pissed because they think Kendrick Lamar got snubbed for Artist of the Year.

Yup, Ariana Grande, Bruno Mars, The Weeknd, Ed Sheeran, and Lorde were nominated for the award alongside Lamar, but it was ultimately Ed Sheeran who took home the award. Fans are upset because they think Kendrick Lamar should have taken home the gold. His latest album, DAMN, is one of the most successful albums of 2017 so far, so this win should have belonged to him. He was also up for seven other awards, which included Video of the Year, Best Hip Hop, Best Cinematography, Best Direction, Best Art Direction, Best Visual Effects, and Best Choreography. That's a lot to not be humble about.

Lamar also gave an unforgettable performance at the VMAs; it was one of the highlights of the night. But are any of us surprised? Nope, not even a little bit. P!nk also gave an unreal performance when she accepted the Michael Jackson Video Vanguard Award. Given her 17-year career in pop music, the award was well-deserved.

She sang a medley of some of her most iconic songs, like "Get The Party Started" and "Just Like A Pill" (thank you for this gift, P!nk), as well as her newest single "What About Us" from her upcoming album Beautiful Trauma.

As great as the night was, fans seem to really be stuck on Kendrick Lamar losing to Ed Sheeran. Sorry, Ed, I love you and everything, but 2017 was Kendrick Lamar's year.

Now, if he doesn't at least win Video of the Year for "HUMBLE.," I'm done with this show.