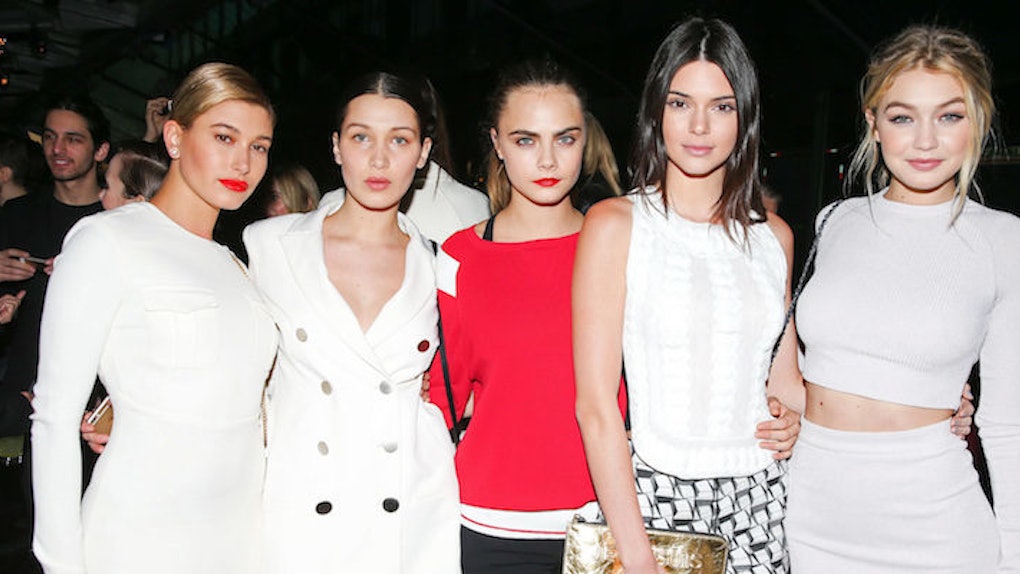 That is, she's as close as to normal as you can get while still holding down your spot as one of the world's top models and a member of a famous family, largely built from glamazon robots.

In the interview for her new Allure cover, Kendall breaks down what life is actually like when you're 20 years old and in a different country every day. According to the rising star, it's all about who you know.

She told Allure it's the ladies in her life who keep her sane, naming off fellow models Gigi Hadid, Cara Delevingne and Hailey Baldwin.

We all call ourselves the Super Natural Friend Group because we all have such cool individual lives and we've been dreaming about them since we were so young. I'm a Scorpio, so I stick to people. If I love you, I love you. If I don't like you, you're screwed.

Jenner even shared a juicy tidbit: The whole squad already got matching tattoos to prove their devotion to one another, no matter how far apart they may be.

In the classic style of all your best middle school friendships, the girls got broken-heart tattoos like the BFF necklaces you used to buy at Claire's.

Kendall shared her finger tattoo as soon as it was done, Snapchatting her hand next to Hailey's (white and red ink, respectively). There's no word on where Gigi and Cara might be hiding theirs.

Way back in August, Teen Vogue reported Kendall may be hiding more than one tiny tattoo. An Instagram video she posted seemed to reveal a letter K inked on her left pointer finger and an indistinguishable tattoo on her right thumb.

Then again, this is the Kardashian-Jenner family. They're basically wizards in hair extensions, so I'm not inclined to believe anything is real until I see her claim it in writing.