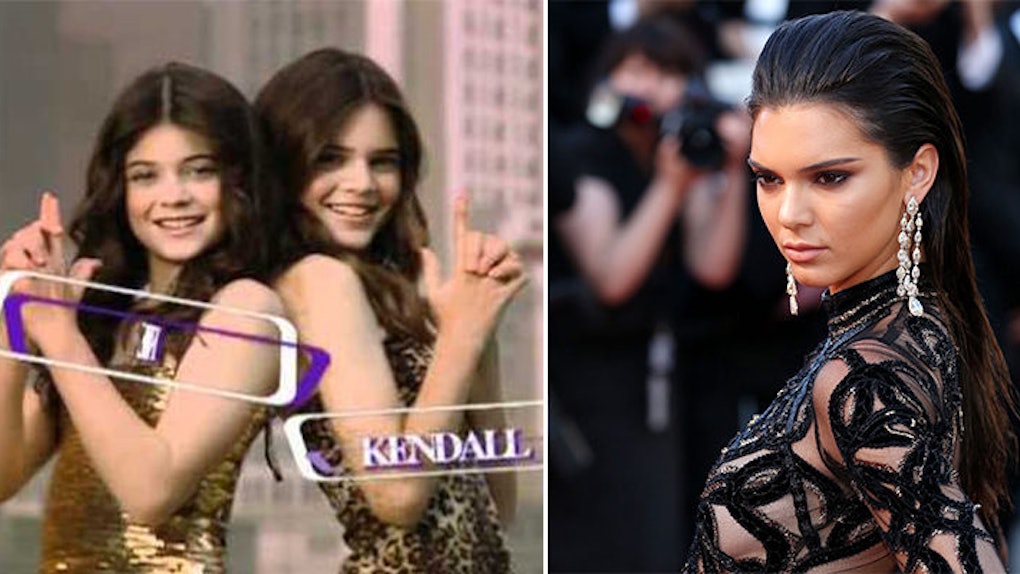 Kendall Jenner Has Changed A Lot Since The First 'KUWTK'

The first season of "Keeping Up With The Kardashians" aired way back in October 2007.

Do you remember 2007? What a different time that was, right?

George W. Bush was still our president, "Shrek the Third" came out, the housing bubble burst...

Personally, I was one month into college, wide-eyed, bushy-tailed and trying to find some upperclassman to buy us alcohol so we could get tipsy and watch... the first episode of "KUWTK."

If I knew then what I knew now... I'd know which restaurants will let you order alcohol "to go" without checking IDs and that Kendall Jenner is a supermodel.

In honor of Kendall's 21st birthday, I just want to reminisce about all the time we've spent together.

Rob was FIT, Kim was Queen, and Kylie and Kendall were the "little sisters."

Kendall, just 12 when the show first aired, was always more of the shy sibling, letting Kylie crack jokes as the baby of the fam.

She had braces. #Relatable.

The now model could not even sit through a conversation about periods.

I still own these shoes. They're classics, right? It's fine.

Somewhere around 2010 she HIT A GROWTH SPURT.

By 2011, she seemingly grew up before our very eyes and was already starting her modeling career.

She walked in her first huge fashion show, the Spring 2012 Mercedes-Benz Fashion Week in New York.

In 2014, she truly became a staple of New York Fashion Week and attended her first Met Gala in this stunning dress.

She has certainly come a long way from the shy girl with braces.

If only everyone's puberty was just this kind.

You've certainly come a long way from bad haircuts, but those Adidas tracksuits are still on point.

Hopefully you're still not weird about tampons and stuff? It's totally normal.