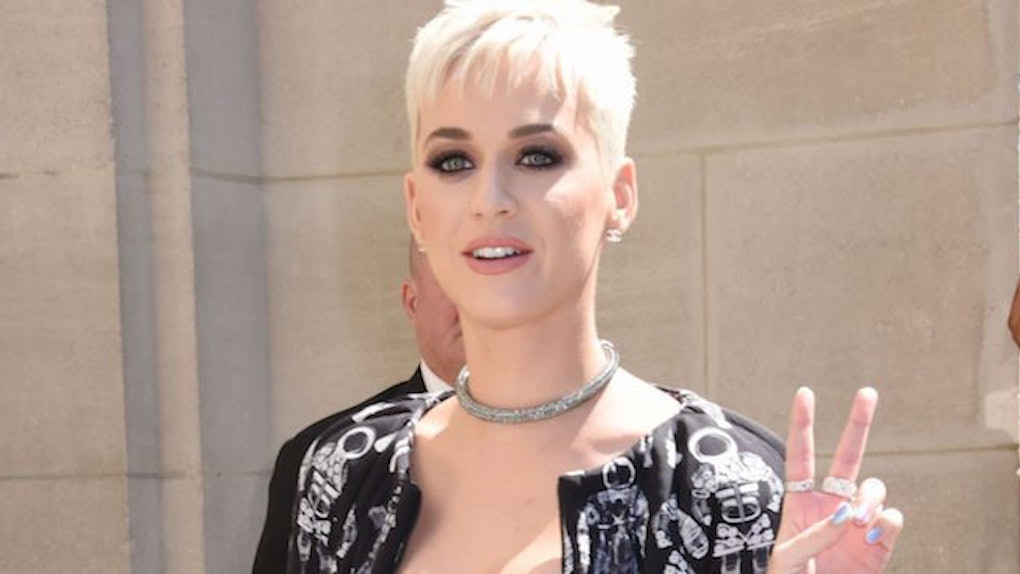 Tonight is the 2017 VMAs, and you best be streaming this star-studded affair on your TV screen with a glass of wine conveniently in hand. We've seen Miley Cyrus, P!nk, and Fifth Harmony completely slay their performances, and can't wait to see what the rest of the night brings. Katy Perry is hosting this evening's awards show, and people are taking to Twitter to share their most unfiltered thoughts about the singer's jokes. Let's just say people are really not holding back... because what's an awards show without the opinions and brutally honest memes of Twitter? These tweets about Katy Perry hosting the VMAs show people are really not having it.

Someone tweeted a picture of Jack Antonoff eating a banana at the VMAs and captioned it, "Jack Antonoff bored and eating a banana during Katy Perry's intro is all of us watching this intro." Ouch (cannot even handle the shade right now). But even though Twitter doesn't seem to be totally here for Perry hosting the VMAs, a lot of people are all about her fashion game (which is so damn strong). Her beautiful dresses are straight-up killing it on stage, and you'd be lying to yourself by saying you didn't notice it. Over all, these tweets pretty much sum up how people are feeling about Perry hosting the VMAs.

Others really are not laughing one bit as they're watching the jokes unfold on stage.

everyone in the audience watching Katy Perry trying to be funny #VMAs pic.twitter.com/wC9kuRmJa7 — cult (@stidoudou) August 28, 2017

This Gif got a ton of retweets and favorites.

The only funny thing about watching Katy Perry butcher the VMA's is reading the tweets about it #savages — JennyShiel (@Jshi3L) August 28, 2017