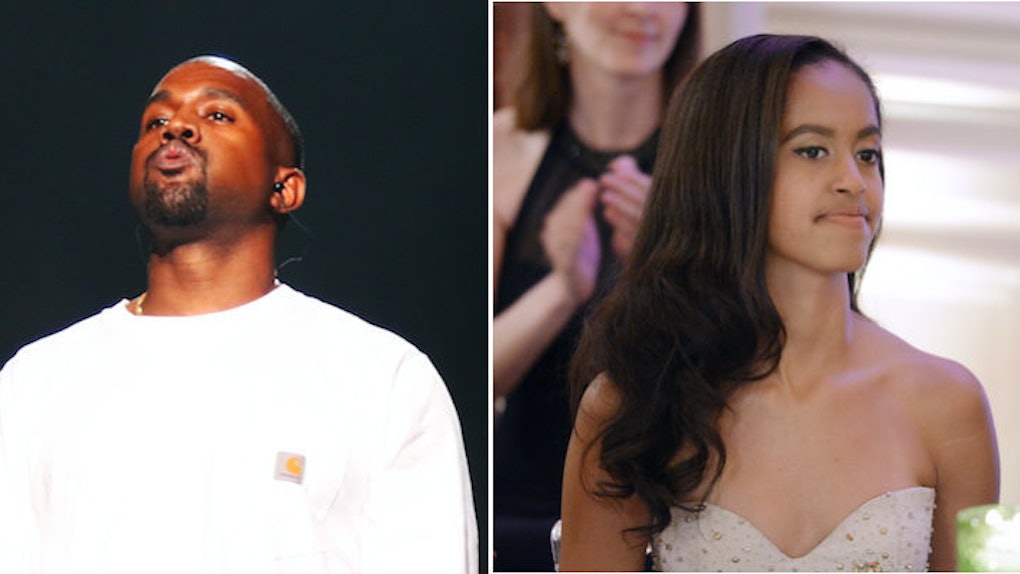 Everyone Thinks This Yeezy Season 4 Model Is Malia Obama

A night after his second St. Pablo tour show at Madison Square Garden, Kanye West decided to take a break from standing on that Ultralight Beam to remind everybody that as much as he is a prolific musical artist he is also a terrible clothing designer.

Enjoy this hard to read font straight from Yeezy!

These Yeezy shows are always kinda weird and heavy-handed as far as performance art goes but they're also some of the most interesting performances you will ever see staged.

This was A LOT.

At one point the show got dangerous.

North West was there and she obviously crushed it.

Uhhhhhhhh, the Internet straight up thinks Malia Obama was a model during Yeezy Season 4 and can't figure out why she is there.

Not everyone is convinced though!

This is Jasmine Sanders, by the way.